Steve Jobs was an incredible entrepreneur, inventor, and business man. Through his intelligence and hard work, he has inspired millions and his company, Apple, continues to grow from strength to strength. Despite his success as an entrepreneur, he – like all of us – had some negative characteristics too. Below, I’ve put together a list of 40 facts you probably didn’t know about Jobs. Can he be deemed a role model in both the corporate and personal worlds? I’ll let you decide…

40 Unknown Facts About The Founder Of Apple

“Do What You Love”

One thing we know for sure is that Steve Jobs was passionate about his company and the work that he did. The below video contains the audio of an excerpt from his famous Commencement Address at Stanford in 2005:

The only way to be truly satisfied, is to do what you believe is great work. And, the only way to do great work, is to love what you do. If you haven’t found it yet, keep looking. And don’t settle. As with all matters of the heart, you’ll know when you find it. Sometimes, life is going to hit you in the head with a brick, don’t lose faith. I’m convinced that the only thing that kept me going is that I loved what I did. You’ve got to find what you love.

So, you have to trust that the dots will somehow connect in your future. You have to trust in something; your gut, destiny, life, karma, whatever. Because, believing that the dots will connect down the road, will give you the confidence to follow your heart, even when it leads you off the well-worn path. And, that will make all the difference. Your time is limited, so don’t waste it living someone else’s life. Don’t be trapped by dogma, which is living with the results of other people’s thinking. Don’t let the noise of other’s opinions drown out your inner voice. And, most important, have the courage to follow your heartland intuition. They somehow already know what you truly want to become. Everything else is secondary.

Despite his faults, I think it’s safe to say that Steve Jobs remains an inspiration and an iconic business man we will never forget! 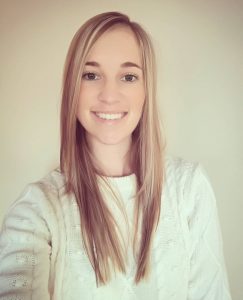 I’ve touched on before some of the more important lessons I learned in starting my own private practice.  One of the most important decisions…