Do you really have to wear all the hats in your business? When do you get more done? What can you do to ensure that you keep moving forward in your business and continue growing?

In this reverse podcast, Daniel Fava speaks with Joe Sanok about 5 myths that can be keeping you from innovation and moving forward in your private practice.

These days, most people looking for your services are turning to Google. So, you know it’s important that you show up well when they do those searches.  You’ve heard of Search Engine optimization, but aren’t sure where to even start.

Jessica and her team at Simplified SEO Consulting make SEO understandable and show you exactly where to start. In addition to their popular “Done for You” SEO services, they offer SEO workshops around the country where you learn to do your own SEO so you can get your site ranking now and then continue to make changes yourself as your business grows.

To learn about their upcoming SEO training workshops or begin with $100 off their comprehensive online course, head over to https://simplifiedseoconsulting.com/joe/ 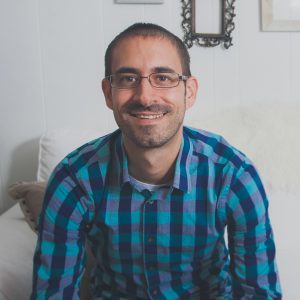 Daniel Fava is the founder of Create My Therapist Website and Private Practice Elevation. He has worked for over 11 years in various online marketing agencies while doing freelance work on the side.

While he has worked on hundreds of projects, including brochures, logos, and business cards, his passion since college has always been this crazy place known as the world wide web.

Why innovation is so important

It is curiosity turned into action.

Innovation is so important because it sets you apart from the crowd. It allows your message to transform other people.

Myth 1: You get more done when you do more

Linking things together is more where the good ideas come from as opposed to saying you’re going to create something out of thin air that’s brand new.

Myth 3: You should stay in your lane

Lets get outside of our silos and say there’s a lot of good information out there on podcasts where maybe you don’t see any application to your work right away, but you’re going to have those ideas inside of you that you can draw from when they’re needed.

You should be inspired by a variety of things and people outside of the therapy space so that you can be motivated to think differently within the therapy space. Our perceived failures have such a big impact on us and then we avoid those things. But in reality, the things that really push us forward are stepping into those risks, stepping into that potential failure and then realizing that the failure is really just a way to gather information in terms of what’s going to work in the future.

When things have already been done, that tells you that there’s an audience for it

If something has been done it is telling you that it will probably work. Jump on in there and give it a go, especially podcasting.

The more you spend the time on things that only you can do, the faster your business will grow.

When starting your business you will do a lot of bootstrapping to keep costs low. You can move forward faster when you only wear the hats that allow you to be in your zone of genius, hand over and delegate all the other things to a VA so that you can continue growing your business.

Books mentioned in this episode:

innovationrunning a businessrunning a private practiceslow down to spark innovation

All humans have natural creative thinking skills. As therapists and business owners, we likely use them every day to develop ideas and problem solve….