The best leaders are the strongest leaders. Not in terms of how much they can bench press, perhaps, but in terms of how they react to and deal with different situations. If you want to inspire leadership, then you have to show that you’re up to the task.

At the same time, though, everyone has to start somewhere. Even the Richard Bransons and the Steve Jobs’ amongst us need to find their style as a leader, and to get in touch with their emotions, if they want to inspire their followers to do great things.

Luckily, help is at hand – and you don’t have to go it alone. We’ve gone ahead and analyzed the behavior of many of the world’s top leaders and entrepreneurs and identified a set of commonalities. If you want to be an emotionally strong leader, then you’ve come to the right place. Let’s take a look at some of their habits.

This one might sound odd in a list where we’re basically telling you how to imitate other leaders, but there’s a difference between learning from someone and flat out trying to copy them. The best and most emotionally secure leaders are those who are aware of what other people are doing, but who are committed to finding a leadership style of their own.

It’s a little bit like music. There are thousands of Beatles cover bands, but there was only ever one John Lennon. Ed Sheeran could have been in a Beatles cover band. But, instead of resorting to imitation, he used them as inspiration and went off to develop a style of his own. It seems to be working for him.

2. They Don’t Feel Sorry For Themselves

When thought-leader and entrepreneur, Gary Vaynerchuk, is asked how he finds the motivation to keep going when times are tough, or how he picks himself up after a failure, he simply replies, “What’s the alternative?”

Sure, you can sit around feeling sorry for yourself if something goes wrong. Or, instead of complaining about things and sapping morale from the rest of your team, you could put yourself out there and try to actually do something about it.

3. They Don’t Get Side-Tracked

It is a truth universally acknowledged that a leader in a position of power will face opposition from those who are jealous of their success. Sometimes, that opposition is disguised as an apparently friendly face who tries to get you to go out for a drink or two the night before a big presentation. Sometimes, it comes in the form of undisguised hostility in an important meeting. Whatever the case, emotionally strong leaders are so secure in their convictions that they’ll say no to people and stand by what they believe in. They focus with laser vision and refuse to get side-tracked by other people.

4. They Learn From Their Mistakes

Hey, mistakes happen – we all know that. As well as teaching us not to imitate, John Lennon famously said, “A mistake is only an error, it becomes a mistake when you fail to correct it”. It’s a sentiment that’s shared by many of our best leaders. Which is why Steve Jobs didn’t give up after being fired from Apple, the company he founded and eventually came back to rescue. Ultimately, for an emotionally strong leader, mistakes are a good thing – they’re an opportunity to learn and they should be seized upon.

5. They Focus on What They Can Change

Some things are just too big for you to ever change them. That’s why it’s important to stay grounded and to focus your efforts on what you know you can change. So, if you want to cure cancer, then you need to start by opening research clinics and carrying out fundraisers. Remember that change is constant. Something that you can’t change right now may be more accessible at a later date.

Nobody can do everything by themselves, which is why the most effective leaders outsource work to third-party providers. Donald Kleiman, CEO from CareersBooster says, “There’s a perception that only college students ask for help with their resumes, but a lot of my work comes in from business leaders.” Emotionally strong leaders are able to let go of things and to delegate. Even if it means hiring people from outside their company to get something done. This frees up their time to focus on whatever they’re best at. And, the end result is usually better when it’s handled by a professional, too.

7. They Keep Their Cool

Stress gets to the best of us, and that’s okay. We need to accept that and find ways to deal with it, whether that’s through sports and meditation or through setting a couple of nights a week aside to spend time with our friends and family. Above all else, they don’t lose their temper – and that includes on the phone and over email. If they’re in an office setting, they head outside for a walk to cool off instead of shouting at their employees. Then they come back and talk things over rationally, instead of sweeping it under the carpet.

Steve Jobs was notoriously bad at this one. But then, you can’t have everything.

Leaders listen. As a leader, your job is, ultimately, to make the decisions and to call the shots. But, you can’t make informed decisions unless you’re in possession of all of the data. Luckily, employees have a lot to say – if only their leader will take the time to listen to them. Emotionally strong leaders listen to their customers, too. And then, if the customers say something sucks, instead of feeling offended, they try to fix it.

In the cut-throat world of Wall Street in the 1980s, emotion was seen as a weakness. But times have changed (for the better!), and that means that leaders should no longer be afraid of being in touch with their emotions. There’s a difference between being ruled by your emotions and allowing them to be a contributing – but not a deciding – factor in how you lead your team.

As with most things in business, the key is to find a balance. Good luck! 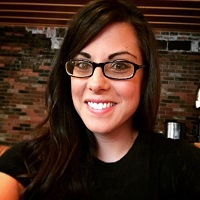 Eva Wislow is a career coach and entrepreneur from Pittsburgh. She is on a mission to help people find their true calling. Eva maintains a strong interest in bringing the digital revolution in human resources. She finds her inspiration in writing and peace of mind through yoga. Connect with Eva on Twitter.

Are you a traveling or an aspiring traveler therapist? How can you create a self-sustaining business from a day-to-day job? What can a passive…