How do you log your time and payroll? What type of tasks do you do? What’s the difference between a virtual and regular assistant?

In this podcast episode, Whitney Owens speaks with Christina Glendye, assistant at Water’s Edge Counseling, all about being an assistant, and what assistants do. 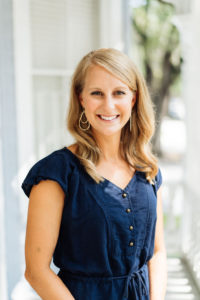 I log my time in 6mintute intervals. After each call, I check the length of time of the call. I also use a timelog with columns for how much time I’ve worked as well as all the different tasks for that day.

What tasks were you doing in the beginning?

When I first started, I was answering calls and scheduling new clients with a few other administrative tasks. Now, the tasks I do range from billing, payroll for employees, scheduling new clients, managing the newsletter and emails that are sent out to clients through Aweber, to even writing the blogs and helping the therapists.

When I first started we were getting just 3 calls a week. Now, most days we’re getting 3 to 8 calls a day.

What’s the difference between a virtual assistant and regular assistant?

A virtual assistant often works through other companies and works for other people at the same time. They are usually trained by someone so they understand how to do a lot of tasks. They also sometimes have a lower rate of pay because they rely on other clients and sources of income.

Regular assistants work locally and can come into the office and do physical tasks on top of everything else they do. They’ll usually only work for you. What is really helpful for Whitney is having Christina do supply runs.

Virtual or regular assistants don’t work for everyone, and it’s important to understand what will work best for your business.

What makes your job easier? What do you need from your boss?

Good communication, good explanations and clear expectations. It’s also important to have a boss that says it’s okay to make mistakes because we’re all learning. Having a boss that is understanding and that you feel comfortable to approach is crucial.

What advice would you give an assistant?

Don’t give up too soon.

There were times where I thought it wasn’t going to work. Give yourself time to learn and enjoy the work.

What advice do you have for Christain counsellors?

I love the community at Water Edge’s Counseling. Employees care about each other on a personal and professional level. Invest some time in building a community at your work and form connections with each other. If you invest in your private it will pay off.

What is the practice-growing power behind niching down into your topic? How do you manage a large group practice with ease? Are you considering…