In this podcast episode, Joe Sanok speaks with Andy and Carrie Sears about how they started their group practice working side by side as a couple. 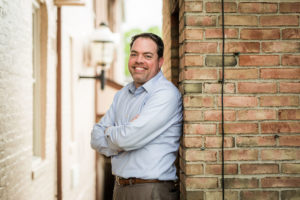 Andy and Carrie Sears are a husband and wife team who own and operate Blue Boat Counseling, a group practice in Worthington Ohio. Andy’s the counselor and Carrie’s the marketer.

They specialize in depression and anxiety treatment for adults and teens, family and couples counseling, and PTSD treatment, we help people who are feeling lost. Lost in life, lost in relationships, lost in a sea of parenting struggles, lost in society following military service. 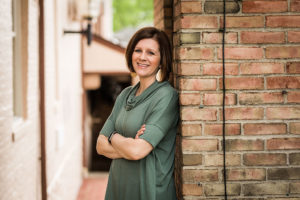 Their Columbus therapists are located in Worthington, Ohio, and their mission is to provide an upscale counseling experience to help you find the freedom to be your true self and ultimately live the life you want to live. Seeking navigation when you’re feeling lost is a strong and healthy approach to life. They can be your guide and help you BE YOU.

I took it as far as I could in terms of the amount of income, clients I was seeing and stress level.

Andy was in a solo practice, wearing all the hats and was on as many insurance panels as he could be. At the same time, Carrie had been listening to Joe’s podcast and was feeling inspired. She could see that Andy was doing as much as he could, but she could also see the potential there was in trying to grow what he was doing.

A lightbulb moment about private pay and group practice

At the time Carrie was also listening to Perry Rosenbloom’s podcast and after listening to the series on private pay she convinced Andy to listen to it as well. This was the moment he realized that he could change course in his business and go the private pay route so as to not feel like he is working for someone else.

Andy started to work with Joe in one-on-one consulting and in within a few months Carrie lost her job. Shocked and unexpected they made a decision to push through this and really make it work. Carrie started working alongside Andy to grow group practice.

The transition from leaving insurance panels to moving into private pay slowly started to happen. Andy interviewed a few clinicians, hired his first person to join his team and it worked. From there on Andy started realizing that this could work and started focusing on how big the business could grow.

Working together as a couple

I don’t think you can be partners and business owners without talking about not only today, but where you’re going and where you want to go

Carrie and Andy work side by side, with Carrie focusing on the marketing aspect of the business while Andy focuses on counseling. They have realized that wearing all these hats in business they are not always the best at communicating what. Outsourcing some tasks have helped lighten this load now and will continue to do so going forward.

The experience at Slow Down School

To get away from the hustle and bustle and not think about work for a couple of days, and then be able to have some time to create plans and write it all down was great. Being around other therapists and being able to bounce ideas around was very valuable.

Advice from Carrie and Andy

Carrie: ‘Don’t wait, be ready to do the work. Don’t sit around thinking that the right time will come because there’s never necessarily a right time. If it’s on your mind and it excites you, just go for it!’

Andy: ‘It can be done! If you’re doubting that it can happen, we’re evidence of it and I’m evidence of it. Your vision can become a reality.’

Special thanks to the band Silence is Sexy for your intro music. We really like it. And this podcast is designed to provide accurate and authoritative information in regards to the subject matter covered. It is given with the understanding that neither the host, the publisher, or the guests are rendering legal, accounting, clinical, or other professional information. If you want a professional, you should find one.

Do you want to be a woman of impact? Are you a man who wants to help women embrace their magnificence? What can you…