How did you go from a pastoral counselor to owning a group faith-based private? How did you make faith a part of the hiring process? What should every Christain counselor know?

In this podcast episode, Whitney Owens speaks with pastoral counselor, Tres Adames, all about his journey to owning a group faith-based practice. 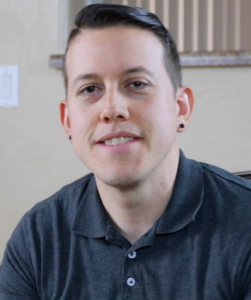 Tres Adames is a Board Certified Pastoral Counselor and the founder, owner, and director of Arizona Christian Counseling, a pastoral counselling practice in Phoenix, Arizona. He holds a Master of Divinity from Wesley Biblical Seminary and Bachelor of Arts from Asbury University. Tres is an active member of ACPE (the Association for Clinical Pastoral Education) and was recently elected to serve on the ACPE Psychotherapy Commission for 2020. He also hosts and produces a weekly podcast called Ask a Christian Counselor is also the host and producer of Spiritual Care Today, the official podcast of The Journal of Pastoral Care Publications.

Where did your journey begin?

I started as a pastor and got interested in counselling as my favourite part was really talking one-on-one with people. So I started looking at what it would take to become a counselor. When I became a paster counsellor, I loved it so much that I decided I wanted to start my own practice.

I love one on one counselling and working with teenagers and young adults. I find couples counselling difficult because it is often the last resort for many people. It’s important to know what you like and what you don’t like. This helped me add clinicians to my group practice.

How did you know you wanted to start a practice?

I learnt a lot from Joe Sanok at the beginning of my journey. This meant listening to the podcast about marketing a private practice. I was curious because I was working for non-profit, I knew there wasn’t going to be a good financial decision too. Two years into my private, I added a contractor.

How did you make faith a part of the hiring process?

I looked at what are the most important elements are to me. Everyone’s faith is different of course and so I looked at how they integrate faith into counselling. Looking at where they were trained too.

Today, I have five other pastoral counsellors and two state-licensed counsellors. I kept expanding as we needed to reach different specialities. I went with that we were getting calls for and looked at what were people already asking for in my private.

To continue making faith a part of my practice, we have a two-hour staff meeting every month which starts with a devotion and prayer.

Tell us about your podcasts

Ask a Christian counsellor is a podcast which generally speaks on different topics and focuses on issues with mental health and spirituality.

Spiritual Care of Today is the newest one. Here we interview people in different settings outside the church. It’s for anyone that is interested in pastoral care.

What should every Christain counselor know?

Use your resources. There are a lot of free resources out there. Talk to other counselors. Get into a community with people that are like-minded.