Are you stuck in the idea of what a private practice has to look like? Have you lost the ability to have more creativity? How can you be creative in meeting the goals of your practice?

In this podcast episode, Whitney Owens speaks with Nathan Hawkins and Aaron Potratz about being creative in private practice. 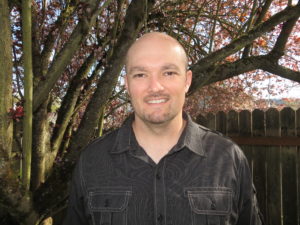 Nathan Hawkins is a Licensed Professional Counselor in Oregon. He is the owner of Life Encounter Counseling and the co-owner of Life Discovery Counseling Services – two private group counseling practices. Nathan maintains his own client caseload while also managing and supervising his counseling staff. He started out as a solo practitioner in 2004, expanded to a group practice in 2015, and started his second practice with his business partner, Nathan Hawkins, in 2016. Between the two businesses, he has 10 clinicians and one support staff. 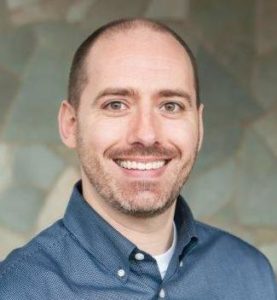 Aaron Potratz is a Licensed Professional Counselor in Oregon. He is the owner of Discover Counseling and co-owner of Life Discovery Counseling Services – two private group counseling practices. Aaron maintains his own client caseload while also managing and supervising his counseling staff. He started out as a solo practitioner in 2007, expanded to a group practice in 2015, and started his second practice with his business partner, Nathan Hawkins, in 2016. Between the two businesses, he has 10 clinicians and one support staff.

It’s rare for somebody to have this really similar vision. It’s like a reignition of everything you started doing in the first place.

Nathan started off as a solo practitioner but because of not naming his business after himself, he had a lot of push back. There was a reason he named his practice Life Encounter Counseling because he knew that he wanted to grow it to a Christian faith-based agency over time.

Aaron had this vision God had given him about doing a group practice and doing something bigger than himself. As a solo practitioner, he was looking for ways to partner with people until he met Nathan and their collective visions finally came to fruition.

They structure their businesses to reflect payscales for their employees that are identical. Because they share a suite, if their employees do start comparing things, it is the same across the board.

We trying to respond to God’s calling and if we’ve got the resources, just trying to be faithful and make those connections there.

In a densely populated part of town, there was a great need for Christian counselors and Aaron and Nathan were always asked for referrals, but they didn’t know anyone who could help. At the same time, they had Christian counselors who were looking for openings in their business, but they happened to be in that part of town that had a great need. Together they decided that they would create this new business and as of today, they have extended to 2 Life Discovery Counseling Services branches.

A few years ago Nathan had developed this idea called The Fear Triangle, but it wasn’t till talking with Aaron that the idea really ignited. He is now working on an e-course for this idea. He will also be introducing hypnosis scripts on his website, focusing on relaxation and anxiety.

Aaron is really good at putting things into visual representation so that people can digest and comprehend things really easily, so he is working on putting together an e-course and some materials that can be downloaded.

Making time to be creative

As you are building things and growing your business you really have to take off some of these hats and pass them on. Look at the tasks that you are doing and see if you can pass them on to somebody that can do them faster, more efficiently or better than you. This can free you up to do some of the things that really excite you. Also, make sure that you automate as much as you can so that you are not spending all your time doing repetitive things.

Hiring from a faith-based perspective

This takes a little longer to hire and the process is more thorough but in the end, it is is so worth it.

According to the Bureau of Labor and Statistics, the median wage for Mental Health Counselors and Marriage and Family Therapists is $42,250 per year ($21.30…