How much do you know about marketing for your digital platform? Are you at all focused on growing your social media presence? Do you want to know how beneficial investing time and money in social media can be for your business?

In this podcast episode, Joe Sanok speaks with Brendan Kane who shares his framework for leveraging digital platforms to grow your brand quickly and effectively. 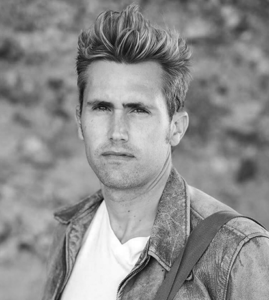 Brendan is a digital strategist for Fortune 500 companies, global brands, and celebrities. He started his career in the entertainment industry managing digital divisions for two prominent movie studios. He then went on to build applications and campaigns for celebrity clients such as Taylor Swift, Rihanna, and Katie Couric. Today Brendan is best known for building 1 million followers in 100 countries in less than 30 days.

Brendan spent 3.5 years building a set of testing methodologies and predicted calculations on top of the Facebook advertising platform, he used this advertising platform not as a media buying or advertising tool but rather as a market research tool. He did this so that he could identify the content format, themes, and stories that resonate with specific audiences to get them to share content at the highest velocity. With a background in entertainment, he was really devising this system for some of his celebrity clients and with all the success he was having he started thinking about how he could help people who were starting from scratch.

In this podcast episode, Joe Sanok speaks with Brendan Kane about how he grew to 1 million followers in a month and strategies you can adapt to grow your own social media.

Each of these 5 elements are interchangeable. Where you can take one clip and start changing each of these different elements you can scale the number of variations that you are testing around a specific clip.

Doing this gives you more chances to win, to find an audience that is going to share your content at a higher velocity and it gives you a lot of learning potential.

How to Apply The Principles

Building and maintaining a relationship with followers is difficult work, it’s not something that’s super passive if you want to be good at it.

I’m of the mindset that not every strategy is right for each individual and you really need to find the right strategy that fits your specific goals and objectives.