In this podcast episode, Whitney Owens speaks with Gordon Brewer about his journey and how to build a faith-based practice. 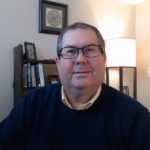 Gordon has worked in the human services and mental health fields for over 30 years, has previously worked in agency settings and is currently in private practice as a therapist. He is the owner of a group therapy practice, Kingsport Counseling Associates and also served as an adjunct instructor and internship supervisor at East Tennessee State University. Visit his website, or contact Gordon at gordon@practiceoftherapy.com.

How do you start to build a faith-based practice?

After Gordon worked with underprivileged youth, he knew he wanted to go into private practice. So the starting place was to approach the church and use their space. A lot of churches have spaces that are empty during the week. For church members, Gordon gave the first three sessions free of charge. He then started renting from the church and giving them a contribution for the space, as it felt ethical to do so. The church was happy for exposure and they worked off a sliding scale fee.

How did you manage the dual relationship?

That’s a conversation that you have to have with the client during the first session. Although you see each other at church, outside of church they need to know that you won’t be talking about these issues to preserve their confidentiality. You have to measure the closeness of the people you’re working with.

Did you get people that weren’t faith-based? Yes. Gordon’s job as a therapist is not to cross the lines. He believes that his faith comes out in his actions by treating people with kindness and compassion. Because of his background, faith usually does come up anyway. It’s not about trying to convince people about anything, if you’re doing that, you’re not doing good clinical work.

What happened next in your private practice journey?

The church decided to get rid of the space they were in which pushed Gordon into making decisions about where he wanted to be and what he wanted to do with his practice, so he went out and got office space. After 3 years, he started to turn it into a group practice and it really took off from there. In 2017, he grew so much that he needed a new space, and so he bought the building he’s in now. Today, he also works in the consulting arena too.

How do you make faith a part of your decisions?

What kind of consulting and masterminds do you do?

If you want to build a faith-based practice, Gordon offers individual consulting to help other private practice owners be successful. He learnt the hard way and doesn’t want anyone else to make the mistakes he did. He has a podcast which has grown incredibly, as well as a few e-courses as he loves teaching and sharing knowledge. It’s geared for people who are looking for the next step and guidance of where they want to go. It’s a huge support for people.

What are your thoughts around money in faith-based practices?

There is a lot of money shame in faith-based practices. If we do the right thing, charge a fair price and treat people with kindness and respect, the money kind of falls in place. We’ve invested a lot of time and money going to school, and you need to be paid for that. We pay our pasters a fair salary, the same is true for us. You’re worth your time and expertise. But always make space for those who are struggling or pro-bono work.

Be geniune and real with people. If we try too hard to be somebody that we’re not, it shows. Do what feels right for you and your practice.

Are you looking for a retreat that specifically caters to the needs of therapists? What is the experience like of being in a retreat…