Is your ideal client someone who has been through a trauma and is struggling to transform the negative emotional patterns that have been created? Are you aware of the concept of emotional resolution?

In this podcast episode, Joe Sanok speaks to Cedric Bertelli about how the brain can make wrong predictions and how to change this. 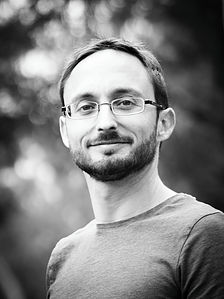 Cedric Bertelli is the founder and Director of the Emotional Health Institute. Cedric is of French origin and has lived in the San Francisco Bay Area for over ten years.

He began his training in Emotional Resolution in 2009 in France and has continued this work in the United States since 2011.

Cedric’s expertise is to resolve disruptive emotional patterns with clients using his understanding of how the brain constructs emotional difficulties and how it can permanently release them.

In addition to working with clients individually, Cedric trains mental health professionals and educators across the United States on Emotional Resolution.

Connect with Cedric over at cedricbertelli.com

Cedric used to work in restaurants and hotels, but struggled with a lot of anxiety and anger. He always tried to be a better leader and found an organisation that claimed to resolve any kind of emotional disturbance in 30 minutes. Although he was skeptical, Cedric tried it and it worked! After this, he trained on how to resolve negative emotions himself. It was through training that he came across the concept of emotional resolution.

In this podcast episode, Joe Sanok speaks to Cedric Bertelli about how the brain can make wrong predictions and how to change this. He shares the two instances in which emotional patterns can be created and how this can be altered through therapy.

Emotional resolution is a process. Our brains are constantly predicting outcomes. If our brains were only reactive, we would be long dead.

Emotions always start with a set of physical sensations. When the brain cannot make sense of the physically sensation, that’s when an emotion comes into existence.

After a trauma, the physical sensations that took place at the time of the trauma will continue to take place when triggered. To undo this, the victim needs to embrace these sensations and emotions from a safe place and realise that the trauma is no longer taking place. In that way, the emotional pattern is transformed.

Books Mentioned In This Episode

A Sneak Peek of Killin’It Camp

[JOE SANOK]: There are so many ways to keep your practice organized, but Therapy Notes is the best. Their easy to use secure platform lets you not only do your billing, scheduling and progress notes, but also create a client portal to share documents and request signatures. Plus, they offer amazing unlimited phone support so when you have a question, you can get help fast. To get started with practice management software trusted by over 35,000 professionals, go to therapynotes.com and start a free trial today. Enter promo code [Joe] and you’ll get two months for free. Again, that’s promo code [Joe] at therapynotes.com.
This is the Practice of the Practice podcast with Joe Sanok, session number 387.
Welcome to the Practice of the Practice podcast. I’m Joe Sanok, your host and I just had a protein chocolate shake that had some peanut butter powder in it too. Super low carb, trying to have a little more protein in my life while not eating a ton of meat. So, I’ve been doing, I did this, you may have heard of Timothy Ferris’ The 4-Hour Workweek and then I read The 4-Hour Body. So, tried some lifting and actually by the time this podcast goes live, hopefully I’ll have survived a triathlon. That’s my goal. So, I’ve been swimming and biking and running a little bit this summer to hopefully do, I don’t care about doing well. I just want to survive and I am so glad swimming is first because that’s not my strongest and that would be super scary to be tired and be in the water. So, that’s where the cough came from.
I was, because a little bit of that peanut butterness is still in my throat. So, hey, I hope you’re awesome. I hope your private practice is awesome. I hope if you are new here that you feel welcome and that you go back and watch or listen to a bunch of the podcasts we also have on YouTube. We have a whole bunch of videos there. Just go over to the Practice of the Practice. I am just off. It just punched my microphone. Maybe time to go home for the day. Just trying to get some of these done. Well, today we are talking to Cedric Bertelli and he’s going to talk about some really fascinating research around the brain and kind of how this method of his, that they’ve been working with just really helps people make rapid progress. And I’m so excited for it.
The only thing I want to tell you about is that on August 19th, that’s when Killin’It Camp tickets close for the regular prices. And so, you’re only going to get the night owl prices, which are $150 more for delaying. And so Killin’It Camp, it is the private practice all-inclusive conference out in Estes Park, Colorado. You fly to Denver; you get a ride from there up to Estes Park and then we take care of the food and entertainment and the conference for you. You’re welcome to bring your own drinks there and, we are going to have an amazing time where we help you just learn to kill it in private practice. We’re going to have new friendships. We’re going to talk about what’s working in private practice, and honestly, it’s those informal conversations of how people are doing things that just stick with you.
So, make sure you go over to killingitcamp.com to grab your ticket. It’s so cheap compared to most conferences. I mean, most conferences you spend a couple hundred dollars a night just on the hotel, then you’re paying for food on top of that and it’s not even a super awesome place usually. So, come hang out with us in Estes Park. It’s October 20th to 23rd, this coming fall. If you hear this sometime in the future after that, our plan is to do it again. So, we’ll have more information again after it. So, it’s going all be killingitcamp.com. So, without any further ado, I give you Cedric.
Well, today in the Practice of the Practice podcast, we have Cedric Bertelli. He is the founder and director of the Emotional Health Institute. Cedric is a French origin and has lived in the San Francisco Bay area for over 10 years. He began his training in emotional resolution in 2009 in France and has continued his work in the United States since 2011. Cedric, welcome to the Practice of the Practice podcast.

Wow! September is done and dusted, just like that. We hope that it’s been a productive month of making your dreams happen, whatever they…