What are some common hurdles that practice owners face when going from solo to group? What benefits does your practice enjoy when you collaborate with your clinicians? Can delegating be the first step to your practice growing exponentially?

In this podcast episode, Alison Pidgeon speaks with Christy Pennison about going from a struggling solo to a successful group practice in one year.

While there may still be a lot of uncertainty about what this year will have in store, there’s one thing we know for sure – your services as a therapist have never been more essential, making it the perfect time to ensure that your private practice website attracts your best-fit clients and gets them to call you.

Whether you’re a seasoned clinician with a website in need of a refresh, or you’re fresh out of school needing your very first therapist website, Brighter Vision is the perfect solution. During the month of January, they’re running their biggest sale of the year!

From now, until the end of the month, they’re completely waiving all setup fees and only charging $39/month for your entire first year of a new website! Head on over to brightervision.com/joe to learn more. 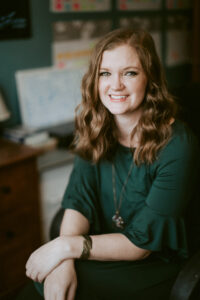 Christy Pennison is a licensed professional counselor, mental health consultant, and owner of Be Inspired Counseling & Consulting in Alexandria, LA. She is passionate about inspiring hope for change through counseling, consulting, and speaking to help individuals of all ages move forward and live fully.

At the beginning of her journey from solo to group, Christy dove right into Group Practice Boss and learned from Teachable accounts to see what she had to familiarize herself with right off the bat.

Just building relationships, putting the energy into reaching out to people and also during the pandemic making sure I was able to put information out there for people that were struggling at that time. (Christy)

By continuing to look for resources when it looked bad and not being afraid to pay money out of her savings gave Christy the ability to keep going through the most difficult months.

Christy was inspired to share her knowledge and to help people in her community and this motivation spurred her on to keep working.

Being able to just put information out there to people I think really helped people that were not able to access mental health services, but also doing some of those things helped bring more awareness to the service I was offering. (Christy)

After Christy’s practice started to build momentum in the later months of the year, she hired a virtual assistant, who propelled her practice by taking on administrative work and giving Christy the ability to focus on building the practice.

I started with a collaborative culture and we talk about the questions … what do you feel like needs working? What do you feel is not working? What are some ideas you have for us to improve? … That dialogue has been very helpful in creating an open-door, comfortable environment where the clinicians are able to express their ideas. (Christy)

A system that has been set up to benefit the clinicians will ultimately end up benefitting the clients as well because the clinicians feel comfortable in their workspace to give it their all and are supported in the work that they do.

How can you as the CEO create a space that clinicians would like to be a part of? Why should you as the owner…