How can having an attorney on board to consult help you run your practice better? Is it okay to go to the same church as your client? What can you do to protect your income when you are brought onto a court case?

TherapyNotes! It makes notes, billing, scheduling, and telehealth a whole lot easier. Check it out and you will quickly see why it’s the highest-rated EHR on TrustPilot with over 1000 verified customer reviews and an average customer rating of 4.9/5 stars.

To get 2 free months of TherapyNotes,  no strings attached including their very reliable telehealth platform click on www.therapynotes.com and enter the promo code: Joe 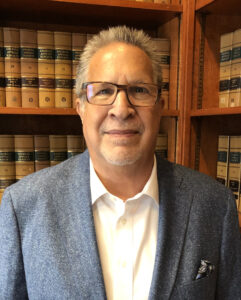 Howard is both a family attorney and former psychotherapist who lectures on legal and ethical issues in psychotherapy practice. Go to his website to sign up for his newsletter or to schedule a telephone consultation on a legal/ethical issue you are confronting in your practice.

His forms on his website have been very helpful to therapists in their practice. Howard’s workshops are offered to protect against lawsuits and Board Complaints and is very important and help to satisfy your state ethics requirements. Contact Howard through his website if a concern arises in your practice.

In order to … hold yourself from legal harm you must first, before you make a decision not to send somebody to the hospital, you must first do a suicide checklist … to see whether the results of that testing should help you in your decision. (Howard Gold)

If you do not decide to do those two things, for example deciding not to 1013 someone, and they commit suicide, you may be vulnerable to be sued by the family.

Howard discusses that parents or families should always try to avoid getting the therapist involved in legal situations because for the therapist that is a dual relationship.

Can you go to the same church as your client?

Although you must remain fully confidential at all times out of respect to your client and their therapy. Greeting them is alright but refrain from discussing the nature of their therapy with your spouse or family who may also go to the same church.

You can terminate a client if you are not happy

A client may become stagnant in therapy and refer to their therapist more as an anchor in their lives than a guide through their counseling. As a therapist, you are fully within your right and principles to terminate a client if they are not making progress after a long period of time, or if you are simply no longer enjoying the work you are doing with them.

If you decide to terminate a client, you can give out and offer referrals to them and make sure to put it in writing.

Don’t feel bad about wanting to terminate, this is your practice. If it’s not making you happy then get out of the case. (Howard Gold)