What is a good story made up of? How do you level up through speaking and how much can you charge? Are you looking to brush up on your public speaking skills?

In this podcast episode, Joe Sanok speaks with Corey Poirier about public speaking, how to use it build an audience and he shares some tips that you can start using today! 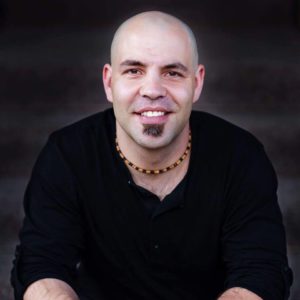 Corey Poirier is a multiple-time TEDx, and sought-after Keynote, Speaker. He has spoken on MoMonday’s and PMx stages, has shared the bill with everyone from John C. Maxwell to Deepak Chopra to Stephen MR Covey to General Hillier and has presented to hundreds of thousands of attendees since he began his speaking journey.

Corey points out that people are scared of the unknown and suggests the following for someone who is just starting out:

For someone who has a bit of experience:

What a good story is made up of

Make sure that your story has a strong hero and a strong villain. It can be a person but more likely it will be a situation. Once again make sure that you work around 3 points don’t try to litter it with too many points that people will forget.

It’s easier to remember a true story that happened to you than it is to remember different points you want to share.

How to level up through speaking

Get people to complete these forms so that you can get feedback. You can specifically craft this so that one of the most important questions will help with driving more speaking engagements. An example of this would be: do you know of others (businesses, associations, etc) that would benefit from any of the material I presented today or a similar talk?

In this way, you will be able to gather testimonials and add people to your newsletter.

If you are brand new you are going to have to do some no fee talks, but the company/association bringing you in should see enough value in you that they pay for your travel and accommodation (unless it’s a charity).

Corey suggests that you have at least 20-30 talks under your belt before you start charging.

Download a copy of Corey’s book ‘The Book of Public Speaking’ for free here!

I have had several questions about how to make the payment piece of counseling easier.  Before I explain what I do, I want to…