Are you looking for ways to increase productivity? Which of your repetitive tasks can be automated to save you time and money? Do you have an idea for an app that could help you reach more people and potentially get more clients?

In this podcast episode, Joe Sanok speaks to Geordie Wardman about creating your own software as a service. 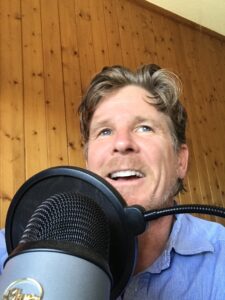 Geordie Wardman has been an entrepreneur since 2006. He used to jump out of airplanes to put out forest fires in the Western US, Canada and Alaska. He fought fires for 8 years, until he made it to the top of the firefighting world, and realized he couldn’t make it any higher.

He started 5 companies, exited from 3. He is still running two; onestopdevshop a software and design agency and wavereview, an online review engine.

Software as a service (SAS)

Software as a service is basically any kind of software subscription service that you might pay for. It’s a much smaller commitment, you can have free trials and pay as you go so it’s not as scary for the customer. There are no contracts, you can quit any time, so it’s a really attractive model for customers to get acquainted with the software and for the software company to have a recurring revenue stream.

What are you doing on a spreadsheet, for example, that could be automated for your business? Spreadsheets are fine but they’re temporary and messy. Geordie has been tracking his time personally to see what he is actually working on. He’s going to turn this into software as a service and he can do it very easily. Something like that would cost around $5000 which he would easily be able to earn back just by being able to look at his hours in a few months. He doesn’t even need to sell this to other people to make his ROI back quickly just by making himself more efficient. You can do internal portals like a real estate company client of Geordie’s who are building an internal app for their agents to upload photos more easily. This is not software as a service but it’s a way that you can use the software in your company to make it more efficient and save company time.

Where to start when thinking about creating your own software

There’s ideas out there all the time and people have built great apps that are very, very niche specific. And you know, it’s a great business model because it’s recurring and it adds to the user base.

Building a SAS could help other users to come in at a lower price. It’s a great way for practitioners to be introduced to new users who they wouldn’t have reached before. More people being drawn in potentially means more clients.

Successful marketing of a SAS

[JOE]:
When it comes to keeping your practice organized, you want software that not only is simple but the best. I recommend TherapyNotes. Their platform lets you manage notes, claims, scheduling and more. Plus, they offer amazing, unlimited phone and email support. So, when you have questions, they are there to help. To get two free months of TherapyNotes today, just use promo code JOE, J-O-E, when you sign up for a free trial at therapynotes.com.

If you just started listening to this podcast, welcome, I’m so glad you’re here. So excited to help you in as many ways as I can. And we’re going to dive into some really interesting things on today’s show. But right now Next Level Practice is open. Next Level Practice is our membership community – over 400 people that are in this – and we’re actually adding some bonuses in that we’re not even going to tell you about, because we want you to jump into Next Level Practice. But we’re going to be sending out bonuses – it’s a special thing that we’re going to be sending to you. And so not only are you going to get all the 30 plus ecourses and all of that, and the support of the membership community, and live events, and experts, but we’re also going to be adding some new things on this year. And Geordie, who I’m interviewing today, he kind of helped out with that and helps us think through some of the next level things we can do for Next Level Practice. So make sure… right now it’s open, go to practiceofthepractice.com/door if you want to go and jump right in. If you want to read more about it, it’s over at practiceofthepractice.com/invite. I almost said next level practice, which I should buy that URL. Anyway. So without any further ado, here is Geordie Wardman.

I’ve even got to the point where I get pitched so many ideas from people, and looking at sort of different software as a service ideas, now what I’ll try and do is actually get people to pay me for that problem before I even build it. Because then I know the pain is so great, that it’s solving a significant problem, because it doesn’t exist. And it’s one thing for people to say, I’ll pay you when you build it, but it’s another one, they will actually pay you money before it even exists. I usually just put that in the form – how about if I build this for you, will you give me 12 months – so let’s say it’s $100 a month or something – you give me 12 months up front, and you can have 20% discount for life. And then you get five of those people and then you’ve just funded a new software as a service, minimal viable product. Granted, it’s not going to be like, full featured, but it’s going to solve that core problem. And if you get a clever enough software development company, they’ll be able to figure that out and be able to probably come in something close to that. I mean, depending… a lot of times people will get carried away and want more features, but that’s what I try and teach my clients is like, well, why do you really need that? This is not really solving your core problem. I think, why don’t we cut that, cut that, cut development time, you’ll be out in six weeks, and your users can get it in the hands and then have them tell you what you need.

My time almost became extinct. For the first three years of my private practice, I had only a Facebook page http://www.facebook.com/mentalwellnesscounseling I only had…