Graduation day had finally arrived – after 18 straight semesters with no breaks. Taking semesters off just wasn’t an option for me. I wanted to get school over with, so I could get started in my new career as soon as possible. I had victoriously achieved the first major step in the ultimate goal of working with couples in private practice. Although an exhilarating feeling of accomplishment, I was so completely burned out from going to school for that long that all I wanted to do is run away for a while. Luckily, my beautiful wife Wendy helped make that a reality.

About a year before I finished school, Wendy came up with the idea that we should run away for a few months after I graduate before coming home and starting our new life. She too had decided that after 14 years at her corporate America job, she was over it. Wendy wanted to go back to school for Environmental Science in search of a new career. Inspired by my decision to stop doing what I didn’t really love doing, so that I could spend the rest of my life doing what I was passionate about, allowed her to follow my lead. Taking classes at night for two semesters before my graduation, so she could get a head start on her new degree, she worked her last day in corporate America just a few days before my graduation.

The feeling that I was finally finished with school, and about to set out on a beautiful adventure traveling around the country, was a bit surreal and a little overwhelming. All of my grad school mates were immediately off to work in one agency or the next. And, here I was, putting everything I had worked for on hold for the next several months, while we ran off and played in Alaska and the west coast. Believe it or not, it left me feeling somewhat irresponsible. I had worked so hard to get here that there was this big exhausted part of me that thought I should get right on to the next steps. This instead of running off and forgetting everything I had learned in school.

Coming home after seven months on the road was so bittersweet. We had spent more time away than planned. But, we were so intoxicated by what we had done, that we just didn’t want it to end. Unfortunately, dwindling funds and that haunting feeling that I was wasting my degree were becoming more and more a factor. So, we got home in time for Wendy to start school full time that next spring. For me, my head was clear and I was ready to go.

Here I was, back in Florida, after what seemed like a lifetime after graduation. And now, with the daunting task of trying to figure out what to do first. I knew I needed to get registered with the state of Florida so that I could practice as an intern. That was pretty easy. Just a lot of information that I needed to plug into an online form to get the process started. One of the questions asked in my registration was the name of my clinical supervisor. I didn’t have one of those, and had no idea where to get one.

The Search for Supervision

One of the drawbacks of what my wife and I did, when we left town, is that we gave up the home we had been renting near the University. We did this so that we could buy a travel trailer that we pulled out west on our trip. When we came back, we had no place to live other than our trusty camper, which we loved. But, it was getting a little small for us. It did, however, allow us to live in an area of the city that we probably couldn’t have afforded right away. This since we wanted to live near the beach. Once back in town, we waited for a few months until the snowbirds left our desired location. Then, we were able to secure a campsite for an affordable rate as summer approached.

We were now living in a place neither my wife nor I were familiar with. So, finding a clinical supervisor meant seeking out clinicians who I had no knowledge of. Yet I needed to do this in order to interview them as a potential supervisor. Luckily, I had found a Facebook group a year or so back called “Beginning Counselors of Florida”. This was a fantastic resource for nearly any question I might have about getting started in private practice. Or as a counselor in general. I was also an active listener to the Practice of the Practice podcast, which is another exceptional resource that I have been using throughout my private practice journey.

After trying several internet resources to try and find qualified clinical supervisors in Pinellas county Florida who can supervise an LMFT candidate, I was extremely frustrated. There just did not seem to be a place to go to find any kind of comprehensive list of these people. Including state of Florida websites. As part of my campaign, I threw the question out to the people on the “Beginning Counselors” Facebook group. Immediately, I received a few names to follow up on.

After some filtering, I decided I had two good candidates for clinical supervisor that I wanted to meet. A couple of phone calls and I had appointments with each of them. The first wanted me to actually sit in on one of her supervision sessions with her other interns…Ok, I like that. I asked: “Where is your office?” She said, “We meet at my house”, and gave me the address.

I showed up at the time she mentioned and sat in her living room with a couple of other interns, who she was already supervising. They talked about their cases, while I did my best to pay attention. This over the interruptions of her kids constantly running in and out of the front door. And, over the desire of the large family dog wanting my attention by coming up and sitting next to me on the couch. The woman made a couple of minor attempts to address these issues. But, for the most part, I got the idea that this is how I could expect it to be on a regular basis.

My next supervisor candidate asked me to come to her office, between sessions. This so that we could talk and get to know one another. I arrived at her office and had a very peaceful experience. She was very nice and had been an LMFT for many years and had supervised dozens of interns. She said that she does see couples, but that the majority of her caseload was individuals. I did want a supervisor who specialized more in couples work. But, she seemed like she was going to be easy to work with. And, at that moment, that was important to me. She agreed to supervise me and wrote me a letter stating this so that I could forward it on to the state and get my registered intern status.

I started seeing my new supervisor in supervision sessions well before I ever saw my first client. Since she was in private practice herself, she was a tremendous resource of things that I could do to get my practice off the ground. I highly recommend finding at least a few supervisor candidates and interviewing them in person before you make up your mind about who to choose. You will be working with this person throughout the period of your internship, which could be several years. 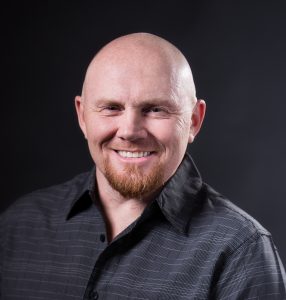 Richard Tifft, M.A. is a Marriage and Family Therapist Intern specializing in Marriage Counseling in Clearwater, FL. Richard started his practice right out of Grad school and has a passion for helping couples in distress rediscover their lost connection. Richard has been through all of the training required to be certified as an Emotionally Focused Couples Therapist pending completion of supervision and licensure.

Do you want to learn how to sell your therapy services successfully? How can a private practice boost its intake calls to convert more…