Have you ever wondered how you could grow your business by adding multiple revenue streams? Maybe you have a big idea you want to launch but you’re just not sure how to? How would having stable, predictable and recurring revenue help you grow your business and better your life?

In this podcast episode Joe Sanok speaks with David-Shriner Cahn about how he helps people make stable, predictable and recurring revenue.

Everyone loves payday. But loving a payroll provider? That’s a little weird. Still, small businesses across the country love running payroll with Gusto. Gusto automatically files and pays your taxes, it’s super easy to use, and you can add benefits and HR support to help take care of your team and keep your business safe. Plus, listeners get three months free when they run their first payroll. So if you want better payroll in 2019, now’s the time to start. To get 3 months free once you run your first payroll just go to gusto.com/joe. 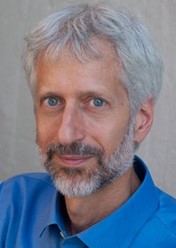 David Shriner-Cahn is recognized as an authority on entrepreneurship, leadership development and is the host of the podcast Smashing The Plateau. David is the co-founder of the BestNetwork providing expert, individual and team mentorship, peer support and curated educational content to help solopreneurs that are experts in getting recurring revenue that they deserve.

BestNetwork is designed to help solopreneurs, people who sell their knowledge and creativity, address one of the biggest pain points: ‘It’s great that I am in charge of running my own business, yet how do I get paid consistently and in a way that has some stability?”

In this podcast episode Joe Sanok speaks with David-Shriner Cahn about how he helps people make stable, predictable and recurring revenue and why it’s important that your business has multiple revenue streams.

The things that we take for granted about what we’re capable of doing, is really where the hidden magic is.

Would Someone Pay For This?

If someone is coming in for parenting advice and you let them know that you have an e-course at a special price and that it will speed up their progress. This is a product people will want to pay for because they know that they won’t have to pay for as much counseling but they will also get faster results.

Before Launching Your Big Idea Find Your Audience

You’re not selling anything when you’re doing the market research. You want to understand whether what you’re perceiving as a problem, is as big a problem as your prospective clients think it is.

Entrepreneurs assume a lot about what’s going on in the market place. If you are going to assume something without doing the market research, you are probably going to guess wrong and spend time and money creating something that nobody wants to buy.

Based on what you’ve learned from the market research and what seems to be the price point that your target market feels comfortable with investing in this solution – how many clients do you need and can you deliver the solution to that number with the amount of time you have.

Your business will be healthier if you have multiple revenue streams.

If you are getting all your money by doing 1-on-1 sessions and you have health issues and you can no longer do these sessions, you won’t have any money coming in.

You can do what you love and get paid what you’re worth!

Are you struggling with figuring out how to set your rates in private practice? Not sure how often you can raise your rates? Want…