Who is Dr. Christiana Awosan? How can you create a safe space in your practice to discuss racial trauma? How has the Black Lives Matter movement influenced therapy and conversations in society?

In this podcast episode, Alison Pidgeon talks to Dr. Christiana Awosan about her group practice that addresses racial trauma. 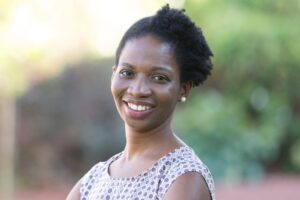 Christiana I. Awosan, Ph.D., is a Licensed Marriage/Couple and Family therapist, educator, and researcher. She is currently an Assistant Professor in the Marriage and Family Therapy Program at Iona College and an Associate Faculty of the Eikenberg Academy for Social Justice in New York. She’s the founder of Ibisanmi Relational Health, a group private practice located in New York City and Northern Jersey.

Christiana launched the practice primarily for her students to continue their Marriage and Family Therapy training with her supervision, but also because she saw a need for therapy specifically aimed at working with people of color. Initially, she started the practice by herself but then took on three former students as full-time therapists, and the practice developed into a group practice. There are now five therapists working at the practice in the two locations; first in New Jersey and now in New York City too.

Ibisanmi is a Yoruba word that means ‘being born fits me’. Christiana chose this name partly because it uses part of her middle name (Ibilola) and part of her family name (Awosan), but also because it emphasizes the importance of accepting and embracing who you are, which is something that is often difficult for people of color to do in society. Christiana wants to emphasize the cultural understanding that the way you were born is who you are, and who you are supposed to be, and how you are supposed to really live your life.

Be fully committed to the work

Talking about racial trauma is a very heavy and painful experience, particularly if you, the therapist/clinician, are a person of color, as you have to carry your client’s pain as well as your own. Christiana emphasizes the importance of black and brown clinicians going through proper training (e.g. via the Eikenberg Academy for Social Justice) in how to address racial trauma and being fully committed to working with racial trauma, not only in your client’s life but also in your own.

As a racial being who is also working as a therapist, you need to be able to deal with your own trauma before you attempt to deal with someone else’s. Christiana’s philosophy is if you’re able to embody it in your own personal life and in your own healing and your own understanding, it’s going to be reflected in the mechanisms and strategies you use in providing therapy.

Considering the heaviness of addressing racial trauma and making your therapy and practice a safe space to do so, it might be difficult for you to ‘advertise’ on the forefront that this is the work that you’re doing. It is important to make it known that you’re doing this work, especially now with the upheaval of society in response to the strings of killings of black people, with special mention of George Floyd and Breonna Taylor, and the impact of police brutality and racial injustice on people of color. Christiana says it took her until recently to realize the importance of being upfront about doing this work, because times have changed. In the past, it might have been more difficult to be open about discussing racial trauma, as the term itself ‘put people off’ and people generally didn’t want to believe that it was true. Further, as Christiana puts it, “brown people don’t like talking about racism because it’s very painful for us, it’s a trauma for us”, so you need to be open about creating a safe space for people to address racial trauma.

Be mindful of the work that you’re taking on and be sure to make time for self-care and knowing your own limits. Especially in the last month with the resurgence of the Black Lives Matter movement, the majority of the practice’s clients have been seeking therapy to discuss their racial trauma.

The shift in learning and discussion

Christiana has made it her mission to make her classroom a space where her students can practice by having the difficult conversations with her and with their peers so that, when they get into the therapy room, they can manage the difficult conversations with their clients. One of the most important things Christiana tries to teach her students is to engage with the difficult topics with yourself. If you cannot address your own feelings and experiences around race, class, gender, sexual orientation, or even religion, then you need to work on that before you become a therapist and have to address those topics with others.

[ALISON]:
Grow a Group Practice is part of the Practice of the Practice Podcast Network, a network of podcasts seeking to help you grow your group practice. To hear other podcasts like the Imperfect Thriving podcast, Bomb Mom podcast, Beta Male Revolution, or Empowered and Unapologetic, go to practiceofthepractice.com/network.

Welcome to the Grow a Group Practice podcast. I’m Alison Pidgeon, your host. Today, I have a great interview with Dr. Christiana Awosan, who actually was a consulting client of mine recently, and she has a group practice located in New York City and New Jersey, and she also is a professor. She has spent her whole career and education exploring different topics around racial trauma and has developed her group practice to be really a very safe place for people of color to come talk about racial trauma and, given everything that’s happening in America right now with the Black Lives Matter movement, I thought it would be really important to interview Christiana and talk to her all about the really important work that she’s doing in the world, and her perspective on what’s happening right now in America, and the conversations that we’re having that we previously haven’t had before. So, I really enjoyed this interview, and I hope you do as well.

Today on the podcast, we have Christiana Awosan. She is a PhD Licensed Marriage/Family/Couple therapist, an educator, and researcher. She’s currently an assistant professor in the Marriage and Family Therapy Program at Iona College and an associate faculty of the Eikenberg Academy for Social Justice in New York. She’s the founder of Ibisanmi Relational Health, a group private practice located in New York City and northern New Jersey. Welcome to the podcast, Christiana.

How can you create a life that feels most genuine to who you are? Is there a link between slowing down and finding your…