Ever wondered how to go beyond clinical work? Wanting to delve deeper into couples therapy? Needing some advice for becoming a speaker or trainer?

In this podcast episode, Joe Sanok speaks with Dr. Julie Schwartz Gottman about some behind the scenes stories, what its like for 2 marriage experts to get into a fight, the origins of some of their greatest research and implementation, how to market yourself as a speaker and a trainer.

What’s the point of having a beautiful website that doesn’t attract the clients you want to see? As the worldwide leaders of website design for therapists, Brighter Vision sees this issue happen way too often.
A nice looking website doesn’t equate a successful website. The truth is, your current website may even be turning off potential clients.
That’s where Brighter Vision comes in.
Brighter Vision’s team of web designers will create you a website that is centered around attracting and retaining your ideal client so that you can have a nice looking website as well as a successful one.
To get $120 savings when you sign up anytime in January, you can discount your first year to pay only $49 per month, visit: https://www.brightervision.com/joe/ 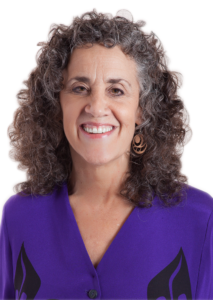 Dr. Julie is the Co-Founder and President of The Gottman Institute. A highly respected clinical psychologist, she is sought internationally by media and organizations as an expert advisor on marriage, domestic violence, gay and lesbian adoption, same-sex marriage, and parenting issues. She is the co-creator of the immensely popular The Art and Science of Love weekend workshops for couples, and she also co-designed the national clinical training program in Gottman Couples Therapy. She is author/co-author of five books: Ten Lessons to Transform Your Marriage, And Baby Makes Three, The Marriage Clinic Casebook, 10 Principles for Doing Effective Couples Therapy, The Man’s Guide to Women, and forthcoming in 2019 , Eight Dates: Essential Conversations for a Lifetime of Love.

Dr. Julie Schwartz Gottman was born in Portland, Oregon. She completed her Bachelor of Arts (B.A.) in Psychology at Colorado College in 1974. In the years following college, Dr. Julie completed an M.Ed. in Community Mental Health Counseling from Northeastern University Graduate School of Education in 1976 and later, lived in India and Nepal for a year that included serving people in poverty in Calcutta. After returning to the U.S. in 1979, she earned a Master of Arts (MA) in Clinical Psychology in 1981 and Ph.D. from the California School of Professional Psychology, San Diego in 1985.

In this podcast episode, Joe Sanok speaks with Dr. Julie Schwartz Gottman about the origins of some of their greatest research and implementation as well as how to market yourself as a speaker and a trainer.

When couple’s are gridlocked in conflict, taking very opposite sides, they’ll escalate their quarrels. They’ll sweep it under the rug sometimes because it’s too big, too scary to talk about and they’ll have huge fights.

There is a solution to and a better approach to take:

The Clinical Application of the Research

Nothing is purely prescriptive in the clinical world.

You have to take a couple, where they sit in the moment and then connect with where they are. Then help them process what past issues may be contaminating their current communication. You have to zero in on where the couple is and where the individual is.

What Clinicians Should Focus on

Normalize a mistake they’ve made or regrets they have by sharing a story of when you’ve done something similar to that.

Eight Dates: Essential Conversations for a Lifetime of Love

In this book we created 12 topics of conversations, including the questions that couples could discuss with each other.

This book is a really entertaining, fun, but informative way to know how you might want to enhance your relationship if you’re already in one, if you want to go deeper in your committed relationship or if you’re in a new relationship and want to know if it has potential to be a lasting relationship.

Experiment in small ways and grow it big.

The Gottman Institute have put together Level 1 Training which will give you new insights into treatment for couples who struggle, using proven assessment techniques and intervention strategies. To get started today, save $50 on the Level 1 online course when you visit gottman.com/joe

As counselors we rarely think about business, marketing, and what other fields are doing. We are missing out on growing our client base, income,…