Do you ever experience feelings of self-doubt? Are you feeling out of touch with your true self? Do you make time for your passions and things that light you up?

In this podcast episode, Joe Sanok speaks with Dr. Kelly Flanagan about egos, what we do to build it up, how to break through it and the things that stand in the way of us loving ourselves. 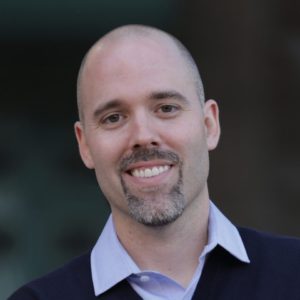 Dr. Kelly Flanagan is an author, speaker, podcaster, licensed clinical psychologist, and co-founder of Artisan Clinical Associates in Naperville, IL. He blogs regularly at drkellyflanagan.com. His writing has been featured in Reader’s Digest, and he has appeared on the TODAY Show and in The Huffington Post.

In 2017, Kelly published Loveable: Embracing What Is Truest About You, So You Can Truly Embrace Your Life, and it debuted as the #1 New Release in Interpersonal Relations on Amazon. He is the host of The Loveable Podcast. Kelly is married to another clinical psychologist named Kelly, and they have three children who are in the ninth, fifth, and third grades.

In this podcast episode, Joe Sanok speaks with Dr. Kelly Flanagan about embracing what is truest about you, so you can truly embrace your life.

The way I see it we all come into this world with a true self. It’s good enough, it’s sufficient, it’s worthy of love and belonging. But at some point we all begin to doubt that.

Shame eventually starts to creep in and this is the message that your true self is not good enough. Because of this, you then start to build a false self.

Our false self or our egos are like a castle, and our true self resides hidden away, protected within this courtyard of the ego castle.

Over the course of life we add 3 components to the ego castle:

The more effective way to shift from living with your ego back to your true self is to have compassion for the reasons you needed an ego in the first place.

Switching from Clinical Work to the Big Idea

In early 2011 one of Dr. Kelly’s client’s suggested that he spread the word about the services he was providing. He realized that he had been wanting to write for a while and got down to blogging. He wrote 2 viral posts and after appearing on The Today Show he was connected with a great literary agent and started thinking about book ideas.

Before you’re trying to publish a book, you pitch yourself to an agent.

These days publishers don’t look at content first, they look at platforms first. You need to be careful about building a platform that gives you access to the email inboxes of people who are going to be interested to buy the words that you want to share with them.

Dr.Kelly notes that he won’t write unless it’s blocked in his calendar like any other activity in his day to day schedule. Family time is also scheduled.

I noticed a number of years ago that all the therapists that I knew who were happiest, were practicing a passion on the side. They all had a side gig and it wasn’t necessarily making money for them.

Making time for your passions is so important, it’s a time and space that will allow you to do something new.

How do you structure your business budget? Which budgeting essentials should you make sure to include in the annual planning? What do general marketing…