Are you just starting a practice and have some unanswered questions? Within your own marketing, are you being consistent with your branding? Want to hear from someone who is passionate about helping others in private practice?

In this podcast episode, Joe Sanok speaks with Dr. Marie Fang about building private practice skills, some things she did wrong at the start of her journey and what she learned that has now put her on this successful path. 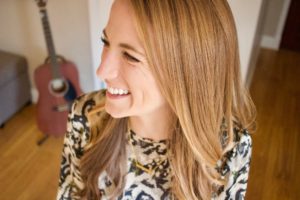 Dr. Marie Fang is a psychologist in San Jose, California. She splits her time between running a private practice focused on helping individuals navigate intersecting identities and her budding online business Private Practice Skills, which focuses on providing practical how-to’s to help therapists get their private practice off the ground.

Dr. Marie Fang started Private Practice Skills because she knows so many therapists with a dream to thrive in private practice who feel totally overwhelmed by not knowing where to start or who feel buried by the amount of work they put into it. Private Practice Skills is about teaching you the skills you need to start and grow your practice while doing it your own way.

In this podcast episode, Joe Sanok speaks with Dr. Marie Fang about building private practice skills, how she got started on this journey and what she is doing to keep the momentum.

When Dr. Marie started her private practice part-time, she started with a really cheap sublet for one day a week and committed to trying it out for 6 months. Along the way, there were lots of stumbling blocks and learnings.

Advice That Could Have Helped Early On

Trying to feel like I needed to do everything all at once on this little one day a week practice at the beginning versus you know, let me just kind of focus on one or two things which really were working for me…. If I could go back and do it again, I would do that differently as well.

If I’m wanting to push towards something new and I’m not feeling imposter syndrome, then I’m probably not really pushing.

Even though Dr. Marie had built her practice herself, there was still that mentality of ‘Was that kind of a fluke? And if I tried to do that again, I’ll never be able to replicate it. That must just have been an accident and some ideal clients just happened to show up on my doorstep and…’

She was really nervous and actually wasn’t confident at all that it was going to work.

I want to make the process of starting private practice less stressful for people and more accessible, and help people be more set up to succeed.

At 4am, whilst on holiday, Dr.Marie put her plan into action. She bought the domain and decided that she was going to teach people on her terms. This time around she did things a lot differently and started with a mission statement and then a niche. Starting with a YouTube channel as her chosen platform, things started slowly. After 3 months, things started to exponentially take off as YouTube figured out what her niche was and that people liked watching the videos for most of the video duration and kept recommending the content to people.

Some of Dr. Marie’s Popular Videos

Why is it important to diversify your income and make sure that you have more than one way of earning money? What is it…