Are you thinking about moving away but still keeping your practice? What are the logistics for managing a practice remotely? How has COVID-19 influenced managing a group practice from afar?

In this podcast episode, Alison Pidgeon speaks with Dr. Megan Warner about how she transitioned to managing her Connecticut group practice while living in Boston. 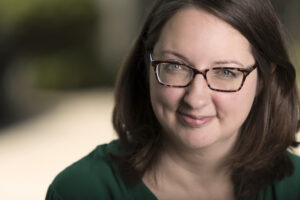 Megan Warner, PhD is a clinical psychologist who has a group practice in Guilford, CT. The majority of the time that she was living in CT, she was an assistant clinical professor in the dept of psychiatry at Yale School of Medicine. She moved to the Boston area last summer with her husband and children and transitioned her group practice to one that is primarily managed from a distance.

In addition to her practice, Megan has built a Facebook group to support people through COVID-19 (Flattening the Anxiety Curve) and soon hopes to return to her big idea, Practibytes, a space that connects researchers and clinicians.

Visit her website and email Dr. Warner at megan@meganwarnerphd.com

Megan first started a solo practice in Connecticut with the goal of serving the community while maintaining a lifestyle that worked for her and her family at that time. With two young kids, she soon found herself overwhelmed with too many clients and needing to refer prospective clients elsewhere.

However, she only had a small number of referral options and was not comfortable sending people to other practices/clinicians that she didn’t really know. While many people think that group practices get started for financial reasons, Megan grew hers so that she could have more control over the situation and calm the anxiety that arose when she was fully booked but still getting clients calling in for referrals.

So, she decided to start looking at some of those referral sources to bring into her practice and began to transform her solo practice into a group practice, Guilford Psychological Services, in 2015. After searching meticulously for about a year, she brought two people on board at the same time, both of whom fit the community-orientated mission she had set for her practice.

Moving away from the group practice

At the time when Megan and her family were potentially moving from Connecticut to Boston, there were 4 clinicians, including Megan, and a few admin staff. She felt extremely conflicted with many questions floating around in her mind:

Megan got stuck on that last question because she felt like she was not yet done with her mission. They hadn’t done everything they wanted to do in and for the community. She also considered heaving someone else to direct the practice, but she still felt anxious and conflicted about leaving behind a practice with so much potential. Ultimately, she decided to run it remotely and keep building it until it gets to the point where she can hand it over to someone else.

Logistics of managing your practice from afar

Things that Megan didn’t anticipate after the initial move

How COVID-19 has affected the managing of the practice

Megan hasn’t been to the practice since March when lockdowns were first implemented, and quarantining was first encouraged. This is a stark contrast to her visits once a week to check-in with her staff and to handle many responsibilities and tasks. She has the weekly team meetings online, makes sure they know the channel of communication is always open, and even sends things like care packages to them in the mail.

Megan emphasizes the importance of being flexible and reachable, especially now with COVID-19. Issues will inevitably arise, and you need to be able to adapt what you’re doing and be available to your team members.

When COVID-19 began, Megan was feeling really helpless and wanted to create a space where she could write and let people know that it’s okay to be worried and stressed in these strange times. She started the group ‘Flattening the Anxiety Curve’ on Facebook, where she put up some blog posts about what is to be expected when going through something like this.

The group has also become a space for people to share important articles and resources relating to mental health, both related to COVID-19 and otherwise. Creating and running the group has also become a sort of self-care for Megan, as she now has a way to aid her own helplessness and she has created a special community where people aren’t necessarily seeking therapy but still appreciate and benefit from the advice and resources that get shared.

Megan founded this online platform as a way to connect researchers and therapists. Thereby creating a means of exchanging clinically relevant and practical research, as well as space where researchers can offer guidance to and get direct, valuable feedback from practicing clinicians and therapists.

[ALISON]:
Hi there and welcome to the Grow a Group Practice podcast. I’m Alison Pidgeon, your host. Today, I am interviewing Dr. Megan Warner and she actually is running her group practice from another state. I became aware that this was actually a kind of a common phenomenon among group practice owners that, you know, if they had to move for some reason, or, you know, just. whatever their life circumstance was that they couldn’t be physically close to their group practice, they could still run it from wherever they were. And I wanted her to come on in particular, because I knew of Megan just through the Practice of the Practice community, and I saw her at Killin’ It camp this past fall and fall of 2019, and she was telling me about how it was going with managing her group practice from afar and I just thought, Oh, yeah, you have to come on the podcast and talk about that because I think there’s just so many pieces to it that you have to think through when you’re getting ready to make that transition that, you know, if you’re in a similar situation you may not have thought of. So, Megan shares a lot of great tips with you and I’m excited to share this episode with you.

Welcome to the Grow a Group Practice podcast. I’m Alison Pidgeon, your host. Today I have with me Dr. Megan Warner. She’s a clinical psychologist who has a group practice in Guilford, Connecticut. The majority of the time that she was living in Connecticut, she was an assistant clinical professor in the Department of Psychiatry at the Yale School of Medicine. She moved to the Boston area last summer with her husband and children and transitioned her group practice to one that is primarily managed from a distance. In addition to her practice, Megan has built a Facebook group to support people through COVID, called Flattening the Anxiety Curve, and soon hopes to return to her big idea, Practibytes, a space that connects researchers and clinicians. And you can find the Facebook link to that in our show notes. So, Megan Warner, thank you so much for coming on the podcast today.

Since about January, my friend has been telling me about her massage therapist. I had some aches in my back and it was always…