Can you have a thriving practice and still pursue other passions? What tools can you use to build your ideal practice? How can you simplify your goals in order to reduce the fear of going for them?

In this podcast episode, Joe Sanok speaks with Dr. Morgan Oaks about ways to build your ideal practice and his Synergy of Success system. 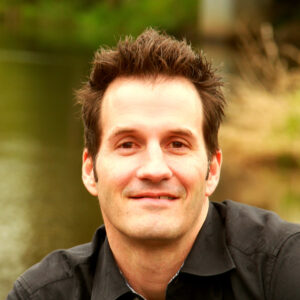 TedX Speaker and Host of the Intuitive Wisdom for Modern Transformation Podcast, Dr. Morgan Oaks is a gifted visionary who shares the best of what he’s learned as a doctor, transformational speaker, high-performance coach, shamanic practitioner, and a voracious student of life!

Dr. Morgan inspires audiences and clients to develop and trust their intuition for deeper clarity, integrate their life wisdom, and to cultivate the courage to live a life of inspired action. His goal is to take people from where they are, to where their body, mind, and soul are calling them to be!

It’s not how much money you make, it’s how much you keep.

Dr. Oaks has added speaking, coaching, and other things beyond his chiropractic work. This has made him realize a mistake that a lot of people make which is trying to add too much new material. Make sure that you are very clear about your message and what you want to deliver to people. If you can get that clear and develop it so that you can continue to use it, you will get known for your thing.

Podcasting is a great way to connect with influencers and develop connections. The podcast has been good for his business, not great. It doesn’t necessarily feed directly into his speaking or high-performance coaching but it does bring all of the benefits that a podcast can bring. If you want to do a podcast, Dr. Oak suggests trying to focus on the parts that you’re passionate about. If you’re not passionate about them then outsource them.

Practical examples of how Dr. Oaks’ system has been implemented

This is your life! Create the practice that makes the most sense for you. You know, don’t base it on what anybody else is doing or feeling like you need to change something. You’re really setting up and creating your own life.

Download this free video training to learn six simple strategies that’ll take your life from where it is, to where you have always imagined it could be, and schedule a free call with Dr. Morgan.

[JOE]: This is the Practice of The Practice podcast with Joe Sanok, session number 454.
Between writing notes, filing insurance claims, and scheduling with clients, it can be hard to stay organized. That’s why I recommend Therapy Notes. Their easy to use platform lets you manage your practice securely and efficiently. Visit therapynotes.com to get two months free today. Just use promo code “Joe” that’s J O E when you sign up for a free trial over at therapynotes.com.
Well, I sure hope you are staying safe out there. This is a wild time that we live in and the work of therapists, counselors, coaches, psychologists, MFTs, social workers, clinicians in general, it’s just so important right now. And we were doing our best to support you. We actually, coming up on the 12th, have a free webinar that’s all about online counseling. We’re going to have Clay Cockrell on, you can head on over to practiceofthepractice.com/100kwebinar you’ll see all the webinars we have coming up, we’re trying to do at least one free webinar a month to help you continue to grow and just get to that next level as much as you can. But, you know, it’s been a big month for Practice of the Practice. In April, we launched Podcast Launch School, and we had over 72 people sign up to learn how to do podcasts through our new e-course and it was awesome. We had 400 people register for the free webinar. It really was something that we were we were hoping to launch big but we weren’t really sure how it was gonna go. You know, you talk to people, you get people saying, “Yeah, that sounds awesome”. And then in June, we’re going to be working with a whole bunch of affiliates that are going to be promoting the Podcast Launch School course. And then we’ll be opening that back up to all of you. So, if you want to be on that early bird list for the next round of launches for our Podcast Launch School, if a podcast might be in your bones, head over to podcastlaunchschool.com and get on that waitlist. And we’ll be releasing that after we work with our affiliates. So pretty exciting news there.
Also, Harper Collins signed me as an author and so I’m in the middle of writing a book right now. The working title, and that can always change in the publishing world, is “Thursday is the New Friday”. And I’m going to be talking about how slowing down can help you speed up, maybe talking about setting boundaries and some good work habits and things that are going to really help you have more meaning in your life, but also to kind of get that business to the next level. So really excited about that. I’ll be sharing tons more in the future. My manuscript is due October 1 and probably spring 2021 is when we’re talking about that releasing, but we have still have to meet with the marketing team and media team. And it’s just it’s bonkers, it’s a whole new world and I’ve learned so much. I’m actually working with Nancy, my writing coach, who I’ve worked with for almost a year on this proposal. And just the proposal, it took almost a year. She and I are talking about how we can train you on how to do proposals for books that are kind of traditionally published books, because getting a lot more questions as people build their podcasts like, “what next?”, “How do I keep leveling up?” So continuing to build stuff that goes beyond just your practice, but we have Whitney and Alison, who are still doing tons around on private practice resources too. And so they’ve got webinars that are going on all the time, also, so much going on here.

[MORGAN]: Yeah, this is your life. Create a practice that makes the most sense for you. You know, don’t base it on what anybody else is doing or feeling like you need to chase something. You’re really setting up and creating your own life, so do it in a way that meets you, your personal lifestyles, your healthy lifestyles, the type of clientele that you want, the experience you’re wanting to have with your family and friends outside of your business. And, you know, nothing’s impossible. Whatever it is, there’s, if you ask 1000 different people, you’re gonna probably hear about 1200 different practice styles. So, you know, really get clear about what you’re wanting to build, so that when you actually get there, you’ll have created something that you want to continue living in. You’ve made your own business home.
[JOE]: It’s so awesome. Well, you have a free gift, “Six Keys to Living Your Top Life”, what’s the best way for them to connect with that and to connect with your work?
[MORGAN]: Yeah, absolutely. So if they go to www.drmorganoaks.com, and that’s O A K S. Right at the top there, they’ll find the Six Keys to Living Your Top Life. It’s a 45-minute training video. I’ve had coaching clients have paid me thousands of dollars, that still quote, things that they learned from that free training video, so I think there’s a lot of value there. And for anybody that’s interested, there’s also a way there to do just a 30-minute call with me. It’s complimentary, it’s about, you know, my big goal is to really give people tools so that if I never talked to them, again, they’ve been empowered. And sometimes that’s a book recommendation, a video recommendation, a takeaway, like I shared in the talk today, or, you know, some of them, it makes sense to move forward with coaching. But ultimately, it’s just a way for me to help empower people.
[JOE]: Ah that’s so awesome. And we will put links to all of that in the show notes as well. Dr. Morgan Oaks, thanks so much for being on the Practice of the Practice podcast.
[MORGAN]: My pleasure, Joe. I love the show and feel really grateful to be here. Thanks.
[JOE]: Thank you so much for listening to the podcast. It’s so fun to have you tuning in. Don’t forget to go on over to therapynotes.com use promo code “Joe” to get their special offer to get a couple of months for free and if you’re a Next Level practice member remember you get six-months for free when you sign up for Therapy Notes so all you have to do is just email me after you sign up and then they’ll give you a six-month credit so pretty sweet deal for our next level practice members. If you’re not a Next Level practice member we do have another cohort starting in August and you can get on that list over at practiceofthepractice.com/invite. Thanks so much for letting me into yours and into your brain. Have a great day.
Special thanks to the band Silence is Sexy for your intro music, we really like it.
This podcast is designed to provide accurate and authoritative information in regard to the subject matter covered. It is given with the understanding that neither the host, the publisher, or the guests, are rendering legal, accounting, clinical or other professional information. If you want a professional you should find one.

If your business is growing, it’s time to get some help. It’s a good problem to have, but it’s okay to feel scared about trusting someone else with your billing.