Have you ever experienced a spiritual awakening? Do you feel ‘separate’ from society? Have you ever wished to have inner stillness and be self-sufficient?

In this episode, Joe Sanok speaks with Dr. Steve Taylor about his spiritual experiences. 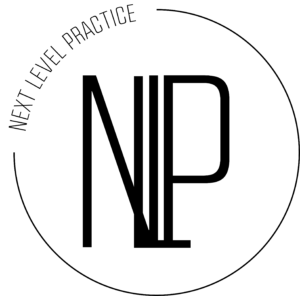 Earlier this year, we launched Next Level Practice. Next Level Practice is the supportive community that helps people start practices. Over time, we are going to continue to add content around growing and scaling a practice. But, for right now, it’s just for people that have said to themselves, “I want to start a practice!” And, they got it going, and maybe it’s not going as well as they want.

There are so many different things that are part of this. We have live webinars, live Q&A, you get matched up with a one-on-one accountability partner, you get put into a small group of other people starting practices, and you get the support of me and my whole team – Alison, Sam, and Emily. We give away tons of free stuff, and we have competitions in there to help you take really great steps towards starting a practice. Things like: updating your Facebook page, making sure that your website looks good, and making sure that you’re attracting your ideal client.

So, if you are starting a practice and you want the authoritative, supportive community to be surrounding you so that you can be successful, head on over to practiceofthepractice.com/invite. 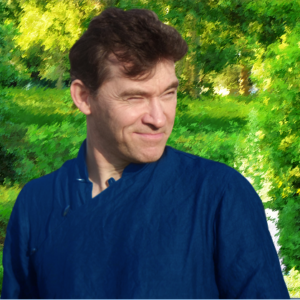 Steve Taylor is a senior lecturer in psychology at Leeds Beckett University, and the author of several best-selling books on psychology and spirituality. For the last four years he has been included (this year at no. 62) in Mind, Body, Spirit magazine’s list of the ‘100 most spiritually influential living people.’ His books include Waking From Sleep, The Fall, Out of the Darkness, Back to Sanity, and The Calm Center. His latest book is The Leap: The Psychology of Spiritual Awakening. His books have been published in 19 languages, while his articles and essays have been published in over 40 academic journals, magazines and newspapers, including Philosophy Now, Tikkun, The Daily Express, The Journal of Humanistic Psychology and others.

Eckhart Tolle has described his work as ‘an important contribution to the shift in consciousness which is happening on our planet at present.’ Steve’s book ‘The Calm Center’ was published through Eckhart’s own publishing imprint. This is also the case with his new book, The Leap: The Psychology of Spiritual Awakening, which was published in March 2017. Steve lives in Manchester, England, with his wife and three young children.

When Steve was around 16, he started having spiritual / awakening experiences. He felt a deep sense of inner well-being, being connected to his surroundings, and luminosity. Years later, when he became a psychologist, his main aim was to study these experiences. He wanted to find out how common it was and what brought it on and how you could make it a permanent state.

People don’t speak about spiritual awakenings, it is a bit of a ‘taboo’ topic as people are worried others will think they are crazy. But, when you open the discussion, people are eager to share their own experiences. People that haven’t experienced a spiritual awakening are in a state of ‘sleep’. They feel separated from society and are anxious because of it. As such, they look towards status, or materialism to fill that gap. Education systems (and sometimes parents) often teach people to switch off to the wonder of the world.

3 Ways That Wakefulness Can Occur

How to Become Awakened

There are degrees of wakefulness, so it’s about intensifying whatever level of wakefulness you have. One of the most successful ways are through meditation. You could also try to cultivate an attitude of acceptance and gratitude. Contact with nature is also very important. The more contact you have with nature, the more connected you feel and the more you slow down.

DR. STEVE TAYLOR IS ONE OF 100 MOST
SPIRITUALLY INFLUENTIAL LIVING PEOPLE
P0P 293

{If you are starting a practice and you do not want the hassle of not knowing what to do and you want to do it in community, you want to be able to have that support of other people and have me by your side helping you launch a practice, you have to join Next Level Practice. Head on over to practiceofthepractice.com/invite to join this amazing community. It’s only $77 per month and the ROI people are getting is insane. That’s practiceofthepractice.com/invite.}

Private Practice and Consulting Highlights Here are some things I did in August 2015: Started releasing 2-3 blog posts per week. My sister…