Have you ever wanted to work with the Jewish population? Are there certain things you need to know beforehand? Want to hear from a mental healthcare professional who focuses on the Jewish community?

In this podcast episode, Joe Sanok speaks with Fay Brezel about how she helps Orthodox Jews get help with mental health and is working to fight the stigma and shame that still exists. 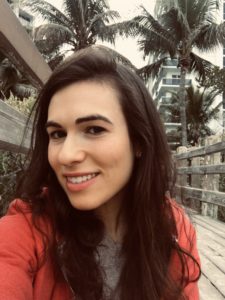 Therapist and entrepreneur, Fay is passionate about transforming the way mental health and wellness is accessed in the Jewish world. She is committed to challenging the status quo through her platform OKclarity.

Fay was an Orthodox therapist working in the Jewish community and she saw that there was a need for her clients who were always asking her for a referral. She realized that the younger generation was going online and finding therapists that way and she created a platform that was relevant to the community and that spoke from a place of understanding.

In this podcast episode, Joe Sanok speaks with Fay Brezel about how she helps Orthodox Jews get help with mental health.

The State of Mental Health In The Orthodox Jewish Community

I think we’ve progressed a tremendous amount, there’s oganizations that are springing up which I probably would not have known about had I not been trying to launch my own organization for mental health in the Jewish community.

People are more willing to get help for themselves and their families. But there is still that stigma and that roadblock about people being okay with the fact that they’re getting the help. It’s still laced with a tremendous amount of shame and stigma.

Clinicians Who Work With The Jewish Community

Any clinician who wants to work with the Jewish community, can. And the amount that they have to know varies on the client.

Some clients will want a professional who’s really culturally sensitive and nuanced and knows exactly what’s going on. Show your clients that you have a unique interest and curiosity in a very respectful way – keep an open mind, consult with colleagues and educate yourself.

Orthodox Jews are religious and consider themselves to be religious or frum. The Ultra-Orthodox Jews have a rabbi they follow in addition to the religious components that the Orthodox would follow. It can appear to have more restriction looking from the outside.

Your message has to come across in a sensitive, natural organic way.

You can reach out directly to Fay at fay@okclarity.com and get $20 discount off a yearly listing with OKclarity

In this episode, Joe and JV Crum III give advice and the blueprint to reaching $100k to callers. Meet J V Crum lll J. V….