How do you decide on compensation for your employees? What can you do if you are currently paying your clinicians too much? Should you pay a percentage or a flat fee?

In this podcast episode, Alison Pidgeon speaks with Julie Herres about compensation structures in a group practice. 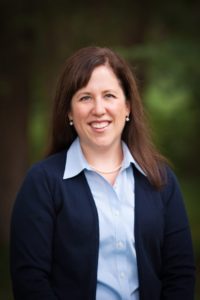 Julie and her team have worked with hundreds of private practice owners, so they are uniquely positioned to be a trusted advisor to clients.

To get more information on GreenOak Accounting’s services or to schedule a free consultation, visit www.greenoakaccounting.com or connect on LinkedIn and Twitter.

Deciding how to compensate

Usually, there is very little planning that has gone into thinking about how much to compensate clinicians. When practice owners get really busy and they decide they will hire another clinician, this move alone doesn’t increase the overhead but most of the time this is what gets them into trouble because they have not looked at things long term. Practice owners may be overcompensating and not making any real money.

In order to not let this happen, you need to run your numbers by seeing what the average fee per session is and see how all the pieces of the practice fit into that.

Things to take into account when running the numbers

What to do if  you are overcompensating

The difference in compensation for contractors vs W2 employees

Contractors will typically be a little more because they are responsible for paying their own tax. Employees will be paid less because as the employer you will be paying a portion of their taxes.

When you are paying someone a percentage the only way to give them an increase is to give them a bigger percentage. As time goes on you, as the practice owner, you’re bringing in less and less. Therefore a flat fee is better because you’re in control of the raises and when insurance reimbursements go up, you’re not automatically giving someone a raise.

Sign up for free consultation and 5 days of profit-boosting tips for private practice by clicking here!

Are you looking for ways to increase productivity? Which of your repetitive tasks can be automated to save you time and money? Do you…