Do you have a morning routine? Could a morning routine be the answer to the start a of a great day? What if you could win your morning by just doing 6 small things before you start your day?

In this podcast episode, Joe Sanok speaks with Hal Elrod about his bestselling book, his positive morning routine and how you can also live  a better life by winning your morning.

What’s the point of having a beautiful website that doesn’t attract the clients you want to see? As the worldwide leaders of website design for therapists, Brighter Vision sees this issue happen way too often.
A nice looking website doesn’t equate a successful website. The truth is, your current website may even be turning off potential clients.
That’s where Brighter Vision comes in.
Brighter Vision’s team of web designers will create you a website that is centered around attracting and retaining your ideal client so that you can have a nice looking website as well as a successful one.
To get one month off your subscription visit: https://www.brightervision.com/joe/ 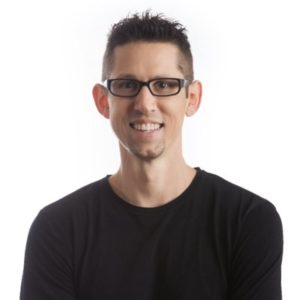 Hal Elrod is on a mission to elevate the consciousness of humanity, one morning at a time. As one of the highest rated keynote speakers in America, creator of one of the fastest growing and most engaged online communities in existence and author of one of the highest rated, best-selling books in the world, The Miracle Morning —which has been translated into 27 languages, has over 2,000 five-star Amazon reviews and is practiced daily by over 500,000 people in 70+ countries—he is doing exactly that.

Hal actually died at age 20. Hit head-on by a drunk driver at 70 miles per hour, his heart stopped for 6 minutes, broke 11 bones, and eventually woke from a coma to be told by doctors that he would never walk again. Not only did Hal walk, he went on to run a (52 mile) ultra-marathon and become a hall of fame business achiever—before the age of 30. Then, in November of 2016, Hal nearly died again—his kidneys, lungs, and heart on the verge of failing, which led to his being diagnosed with a very rare, very aggressive form of cancer (acute lymphoblastic leukemia).

In this podcast episode, Joe Sanok speaks with Hal Elrod about his bestselling book, his positive morning routine and how 6 small daily acts in the morning can change your life.

The Catalyst for The Miracle Morning

At the age of 30 Hal found himself in a tough spot and turned to Google to find out what the world’s most successful people do for personal development, and he kept coming across morning routines and rituals. He then realized that a morning ritual sets the tone for the day. If you win the morning,  you are setting yourself up for success.

Hal identified the top 6 practices – he did all 6, and within 2 months he doubled his income, he committed to running a 52 mile marathon and his depression subsided. Because his life changed so dramatically he thought this was a miracle.

Be at peace with where you are while you maintain a healthy sense of urgency to get where you want to go.

Other Books Mentioned In This Episode:

I speak with Jon Vroman about living life in The Front Row, what it takes to be a Front Row Dad, being your true…