Are you interested in a telehealth group practice? Where do you start? What software is needed?

In this podcast episode, Alison Pidgeon speaks with clinician, Jeff Chicoski, who started a practice and designed his own software to do online therapy, which is designed for therapists to have telehealth software.

In this podcast episode, Jeff Chicoski shares how he started his group practice and designed his own software to do online therapy, which is designed for therapists to have telehealth software. 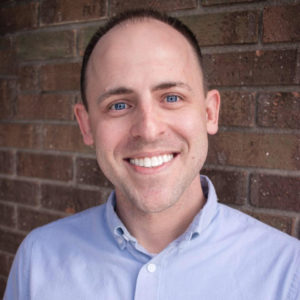 Jeff Chicoski has been in private practice for 10 years. He founded a Teletherapy Group, a hybrid teletherapy practice, based in Portage in 2016. After realizing that there wasn’t a software platform that met his needs for a full EMR with built-in HIPAA compliant video and outcome measures data collection, he founded Therapy App, a software platform designed specifically for mental health professionals. His goal through teletherapy and software development continues to be increased access to care for all people and improved outcomes in therapy.

Why did you start the group practice and what drew you to teletherapy?

Jeff joined a group practice some time ago and in 2010 started putting some good research out about teletherapy, finding the best practices and also finding out that there wasn’t a well-developed protocol already existing. In order to meet the needs of the practice, he needed to use two or three different software.

Starting a teletherapy group practice has also allowed Jeff to take on therapists remotely. As this lowers the cost too, he is able to give clinicians a better percentage. If you’re interested in making teletherapy your primary source of income, be aware that it took months of meetings and convincing the insurance companies that it was necessary for our clients.

How did you get the meetings with the insurance companies?

It took a lot of pushing and moving up the chain to get in a room with someone that was a decision-maker. Perseverance helped in the end by sending through many powerpoints, articles, research, loading the inbox, and phone calls.

What are you most proud of?

Jeff’s biggest success has been having the ability to have a bigger impact on the community and finding ways for people to access help where they previously had no way of accessing it. With teletherapy, there are no office hours, so it allows people to offer different hours for people that might not have been able to reach a normal practice in that time or location. Clients can also meet a licensed professional from the comfort of their home, especially for providing services to first responders who may not have wanted to be seen in a waiting room.

What marketing strategies do you use?

They’ve had to get creative as it is not your traditional private practice marketing. With telehealth, it’s not just about telling people that they’re in the community, it’s about understanding the effectiveness of teletherapy. Letting people know they are available has been a challenge. One of the strategies used is going into schools and letting the students know they don’t need to travel from school and back. Schools have given them a space in the school, they have provided an iPad and it has all alleviated time limits.

Jeff’s partner also has a background in websites and SEO so they have looked at where the searches are coming from and see who is needing these services so that they can target them. It’s about getting the name out there for people that are actually looking for them.

Speak to the people that already get it and see the value in it.

How do you attract staff?

There are many clinicians who have been doing traditional therapy and already see this as an opportunity to be more flexible in their work. Most have been open to the idea. They should be confident with the technology and be able to answer questions with their clients and have the knowledge to do so.

What about the data collection in the app?

At traditional therapy, there are usually 10 mins between a session, meaning time is limited. Being able to give someone a piece of paper and fill it out became difficult. With the software used in telehealth, they can assign digital assessments to their clients to provide realtime scores. That assessment is filled out 15mins before the session making it much easier for clinicians.

I’m a sponsor and here’s some info!