Today, I’m going to share with you a little bit about how to confidently grow your business. This is mostly aimed at people that have a private practice, as health care professionals. But, honestly, it connects with pretty much any other business that you’re talking about. I also wanted to let you know about a new email series that I have just written up. It’s 22 pages of information, but it’s broken down into three very clear parts.

In part one, we’re covering the low-hanging fruit and, in the other parts, we’re going to talk about how to scale and grow, and how to go after big ideas. It’s really aimed at people whose businesses have already been established. So, private practices, in particular, that have established a practice and who are looking to grow and scale beyond what they’ve been able to do up to this point.

So today, we’re going to talk about the first major concepts of low-hanging fruit. The low-hanging fruit side of things is really where we need to start and that’s because we want to look at what’s already working, optimize that, and then extract yourself from that. This is so that your practice continues moving and bringing in an income, rather than you adding a bunch of new projects, but you rarely getting everything done that needs to be done through your practice. This can be done by having clinicians, and adding automations, etc.

We’re going to start with the lifestyle that you want to live, and we’re going to determine what that looks like first. So, do you want to work three days a week and have four-day weekends? Do you need to be the main income earner, and you’re trying to replace your income, so that you can lead a non-profit? Do you need to have a multi six-figure business, and you don’t care cannot many hours you work right now? We need to at least know some of those numbers.

So, we’re going to start with your time numbers. How many hours a week can you actually commit to? People that have a practice that’s making some tracks; they may be seeing 15 clients a week and they say, “You know, I really want to be at 30 hours a week – maybe 20 to 25 hours of clinical work, and then 5 to 10 hours of marketing”. We want to put you at that number of work right now. So, if you are only seeing 10 people a week, but you want to be at 30, you need to be working at 30 hours so that your mind gets into the habit of getting that much done in a week.

Squeezing Your Business Into Your Life

Rather than thinking that you get to go do some errands, or that you have some extra time for yourself, you want to work the number of hours that you think you actually want to work as a lifestyle. The opposite is also true if you’re working too much. If you’re one of those 50 or 60 hour week people and you’re excited about how much money’s coming in, we need to start setting some boundaries around your time. Because, what often happens is, the work fills to the space we give it.

So, if you start shaving a couple of hours off; maybe you take an art class, maybe you exercise more, maybe you just leave to go on a date with your significant other; what happens is, you become more efficient. You force yourself to set up automation. You spend $20 a month on this and $100 a month on that to help a virtual assistant come in to take things off your plate. It’s really important that you start to create the life you want and then squeeze your business into that.

Next, what we want to look at, is the money side. Frequently people say, “Well, I’m making $80,000 a year”, or “I’m making $200,000 a year”, whatever your number is that you’re making now, people often underestimate the scale in which they can live. So, when we start taking some risks, whether that’s leaving a part-time job, or that’s growing a business and charging more, we want to look at those financial numbers.

This is so that we understand what the high and low is. For example, if you want to grow and you want to put in an extra 10 hours into a big idea, one thing that you can do is to say, “Okay, if I take 10 hours, how much money am I going to lose?” Maybe you will lose some money over that time, but then on the other side, you could charge more.

So, even if you lose a certain number of clients , it will then work out. If we don’t know what the lowest is that you and your family can live on, that makes it a lot harder to take some risks. So, if you stopped going out to eat, if you got a smaller car, if you went under one car – all these little things can then make it easier for you to say, “Hey, if it gets bare-bones, we can survive on this much money per month; I hope we don’t have to, but we can actually survive on more or less this amount”.

Next, we want to look at how much are we willing to invest in our growth. If we keep doing what we’ve been doing, we will always get those same results. Investing strategically in your results is really important, along with looking for ROI (Return On Investment).

So, if I put $300 into an assistant every single month, at $15 an hour, that’s buying me 15 to 20 hours a month of extra time. If I do that on a regular basis, what does that buy me in regards to being able to scale and grow, rather than being overwhelmed being all these players? If I invest some time into training an assistant, so that a lot goes off my plate, that’s going to then help us understand your numbers better. You also need to consider whether to invest in strategic training, for example: do you need to invest in some consulting and / or a mastermind group?

These are the sort of things that you want to look at, but you want to watch the ROI. You want to chat to somebody that’s in a consulting or mastermind group, and that’s done it before. They can say, “You know, I look for 5 to 10% times the ROI, and what people pay into this, I want to see people that scale and grow”. If someone doesn’t have a track record of doing that well, then they’re probably newer to the field and they’re probably not going to be able to help you grow and scale the way that you want to.

The One Major Mindset

So, we’re going look at those numbers: we’re going to look at that time, money, and where to invest, so you can continue to scale and grow. Next, we want to talk about that one major mindset that multi six-figure practice owners have, that the $0 to $100K folks typically don’t have. The big difference between the two, is how willing they are to take certain hats off. The thing that gets you to six figures is often hustle, bootstrapping, and wearing multiple hats. You’re the accountant, you’re the attorney, you’re the marketer, you’re the phone answerer, and, for a certain point, that makes sense, because you have the time to do that and you want to save the money.

But, the big differentiator is how well you start taking those hats off once you start to grow, and to stop saying, “Only I can do this” and “I can do it best”. You probably can for awhile, but take Emily, my Director of Details. She is so much better at follow-through and follow-up than I ever was or ever will be. She has that skill of being highly detail-oriented and because I brought her on, she makes me look better. It’s the same with Samantha, my Chief Marketing Officer. You look at the images that she’s able to kick out, and the scale that she can do things. I would have been a ‘plug’ in that system that slowed things down. But, by bringing her on, that has helped me scale and grow so much more and to multiply time and money.

Those top CEO mindsets are about multiplying time and multiplying money and finding strategic ROI investments to make so that you grow beyond just yourself.

If you’re brand new and you’re just getting started, sign up for my 28-step checklist on how to start a private practice. Otherwise, if you’re in the process of scaling your practice, sign up for my next level practice email series here. 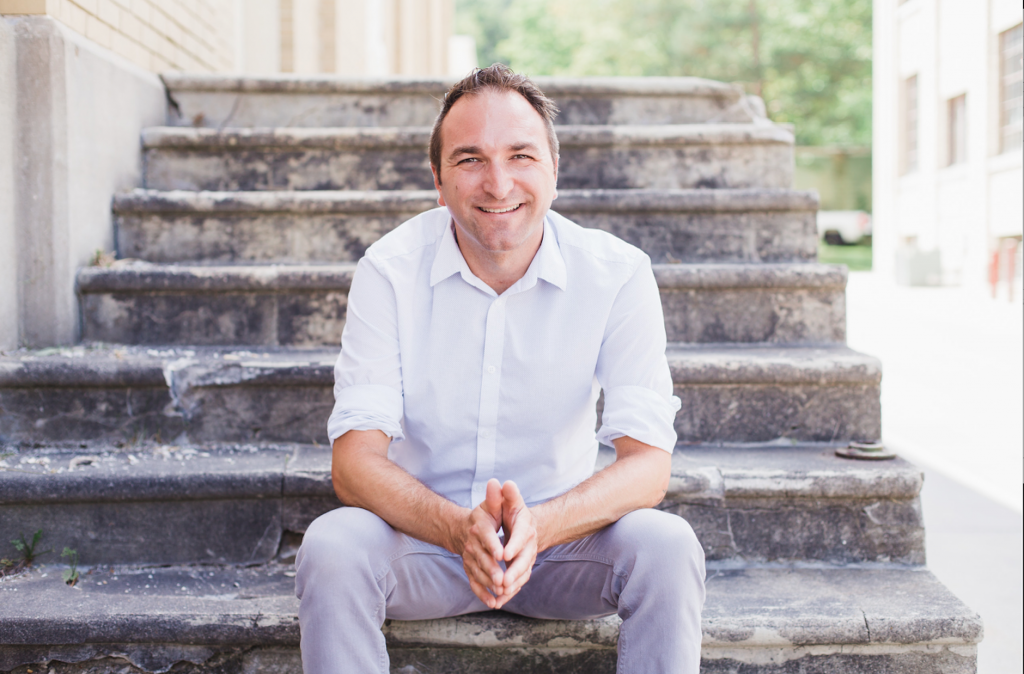 During my career of working with Veterans (a population that includes me) and helping them begin and sustain recovery, I have found that they…