It was much easier when I didn’t have to know that anyone read my blog. I told myself, “I just have to publish something, that’s the goal”. After a relatively short period of trial and error – the first few posts were a bit tricky – I focused on the process and not the product (or outcome). And, in retrospect, I think it worked out well. I would think of a post I imagined being of some interest to me as a therapist, on something that might have come up in personal or professional discussion, and develop deeper perspective on the topic. Then I could put that to paper, send it to the developer, and check it off the to-do list.

And, on to the next one. That was a process in which I was nearly entirely in control. The closest thing to a requirement when confronting something that makes us entirely anxious: develop a sense of control. You just have to sense it, even if you don’t actually have it. I could sense it. Then, an interesting thing happened a couple of weeks ago: my newly-redone website went live. My blog was always a part of my website. But, I didn’t consider advertising it as I wasn’t advertising my website. I knew I needed a re-do and didn’t like it in its present form.

So, now with my new website in hand, I feel more comfortable showing others what kind of therapist I am. And, when I realized that my “putting it out there” would be intentional, I began to realize that I’d have an audience. And, an audience reaction is something entirely out of my control. Suddenly that sense of control that came so easily last year was missing.

So, naturally, when I sat down to write what eventually became this blog post, I froze. That writer’s block that came to me a year ago in a relatively small dose, came back in a tidal wave. And, maybe even fast enough, that I didn’t even realize it was happening. Instead, I scrapped the first idea I had to write about, and started on a second post. Guess what happened? Not surprisingly, the same thing, because I was not getting to the root of the issue; what was the emotion behind all of this tension?

How I Got To The Root of The Problem

The short answer I give to being able to get to the root of any situation is to sit with it. In specific, sit with the discomfort of even having this problem, and that it’s not really a “bad thing”. Everyone struggles – to be cliché, it’s the human condition. In my experience that I described above with my blogging, that struggle is my inner critic saying, “here I go again, trying to write my blog and once again I have writer’s block”.

I have to be able to acknowledge that this writer’s block is my struggle that I’m having, and it’s okay. Because if it were not okay, then “here I go again” would become the most important part of the experience. It would be all of my shame coming up that once again I can’t write successfully. It would completely block any further process, because I would not be open to seeing what was there if I were so busy berating myself for being “there” again.

After recognizing that it’s okay to struggle with this, I then needed to reflect on what was this struggle about, and I landed on the important question, “what will I do with a finished blog piece?” I would post it on my new Facebook business page. Then people would be notified to read my writing.

Instead of last year, where I could post something and I was not advertising it, now I was saying, “read this!” Now my inner critic would say, “people will read your writing and not like it…” So, instead of shame around “here I go again with writer’s block,” it was shame around others being critical of my writing. Shame was going to be at the root of this, as shame is usually at the root of most issues, but the shame of “here I go again” is what I would consider secondary emotion that blocks something deeper (shame or fear are good felt experiences to start with if you are having an issue and want to know its root.)

Acknowledge It, Help It

I have written a lot about the inner critic, as I believe it to be a central component to the way we feel, think, and behave. It isn’t something that can be fully removed, and, whether we like it or not, we all have one. I’ve given you an idea of how strong mine can be, and seems to be significantly louder when it anticipates that I am doing something that doesn’t come naturally to me, such as writing. When we can acknowledge the critic and put it out there, we aren’t ashamed by it. In a way, putting it out there is allowing for empathy to happen. I’m acknowledge my own struggle and saying “I can understand why I would struggle”. And, it might be worth writing a book about, that empathy is the antidote to shame. 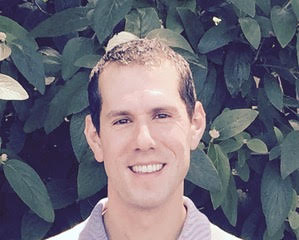 David Klein, LCSW-R, began his practice in Brooklyn in 2013. He has extensive training in Emotionally-Focused Couples Therapy, as well as Focusing, , and practices in a humanistic, experiential way. davidkleintherapy.com.

In the information age, small businesses have the opportunity to compete with the companies, which are much bigger in size. Today, every organization has…