How much do you know about ranking in Google? Do you have a website that is up to date with relevant information and images? Did you know that paying attention to your keywords, meta descriptions and even having the appropriate photo sizes can affect where you show up in Google?

In this podcast episode, Joe Sanok speaks with Jessica Tappana about starting a group practice and how you can rank higher in Google.

Everyone loves payday. But loving a payroll provider? That’s a little weird. Still, small businesses across the country love running payroll with Gusto. Gusto automatically files and pays your taxes, it’s super easy to use, and you can add benefits and HR support to help take care of your team and keep your business safe. Plus, listeners get three months free when they run their first payroll. So if you want better payroll in 2019, now’s the time to start. To get 3 months free once you run your first payroll just go to gusto.com/joe. 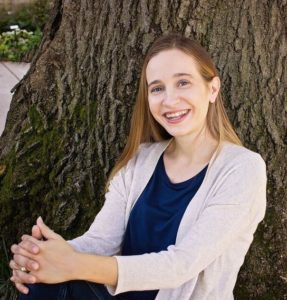 Jessica is the owner of Aspire Counseling, a group practice in Columbia, Missouri. Along the way, Jessica discovered the power of a beautiful website that ranks well in Google. She taught herself SEO and she’s the founder of Simplified SEO Consulting.

Jessica started her group practice while on maternity leave with her second child. At about 3 months into this journey Jessica joined the Start a Group Practice Mastermind. Jessica filled up quite soon and brought on 3 x 1099’s and Aspire Counseling group practice was born.  As Jessica navigated her way around different marketing strategies she decided to focus on getting her website on the first page of Google and began teaching herself SEO. In addition to owning her group practice, she now helps other therapists improve their website rankings.

In this podcast episode, Joe Sanok speaks with Jessica about things to consider when starting a group practice and ranking higher in Google.

Things to Consider Before Starting a Group Practice

I highly recommend dipping your toes in the water in a small way.

Hiring People For The Group Practice

Jessica admits that one of the mistakes she made was to add her first three 1099’s to her practice without thinking purposefully about the culture of her company and she hadn’t thought through what would make them successful. She started listening to podcasts and found this to be a huge help as she avoided possible pitfalls.

After reading The Ideal Team Player, Jessica swears that it revolutionized the way she thought about hiring and setting these team players up for success.

How To Rank Higher In Google

Other Books Mentioned In This Episode:

Are you comfortable with the path you are on? What are the fundamental, simple things in your life that you are doing that is…