For over 35 years, Scott H. Silverman has been working with recovering individuals one person, speech, and book at a time. In the article below, Scott unpacks what he has learnt over the years when it comes to marijuana and its possible negative effects.

While most of my time is spent talking about the opiate epidemic,  I have also seen that marijuana can negatively impact an individual’s well-being and mental health. As clinicians, we see that this recreational drug is gradually being legalized and we know that the stigma of marijuana use is becoming less over time.  We adjust our attitudes to stay current and we become more accepting with our clients who choose to partake.  It feels like a measure of ‘harm reduction’, and we know that people are not going to overdose. They’re also less likely to get a DUI or cause injury in a vehicle (than under the influence of alcohol).

Underscoring society’s changing attitudes about marijuana are some interesting and controversial statements by celebrities. Many are in recovery touting their ‘California Sober’ or ‘Sober Lite’ lifestyles.  I applaud celebrities like Demi Lovato and The Weeknd for sharing their recovery journey and reducing the stigma of substance use disorders, but I have some concerns about using marijuana in recovery.

Since I work in the recovery field, I am particularly concerned about individuals recovering from ‘harder’ drugs (like opiates or cocaine) using marijuana as a substitute. My concern is that they will relapse on a more dangerous drug of choice. Studies have indicated that men and women who are recovering from drugs like heroin, alcohol, and cocaine and experiment with marijuana frequently progress to abusing the stronger substances again. This is doubly concerning given that in this day and age of “hyper-potent” fentanyl, if the person has reduced their tolerance to the opiate (or just gets ‘too strong’ of a dose), their relapse can be fatal.

Is the Marijuana Masking Unresolved Issues?

When someone in recovery chooses to use marijuana or “moderate amounts” of alcohol, I wonder if they are covering up feelings or trauma that they need to process. Is there a root problem that is being ignored? Part of successful recovery is facing and processing your life history that may have contributed to your substance abuse. For many, this happens in counseling and/or support group sessions. It is important to note that marijuana might be an escape, but it won’t help you process and grow through your issues.

Yes, marijuana is ‘less dangerous’ than harder drugs like opiates and cocaine, and many people can enjoy marijuana recreationally with no negative effects. But for some, marijuana can cause a variety of unwanted side effects, including:

Many people may have latent mental health issues that are exacerbated by marijuana use. For this reason, I am concerned about the increased acceptance and use of this substance, especially by teens and young adults.  Marijuana is by far the most abused drug by 13-17-year-olds.

Cannabis-induced psychosis is a possible side effect of excessive marijuana consumption. In those predisposed to a psychotic disorder, cannabis can act like a trigger. It can set off symptoms of psychosis usually associated with conditions like schizophrenia.

There’s an increasing number of people reporting that they’ve experienced suicidal thoughts on marijuana. Furthermore, there are also more bereaved loved ones blaming their family member’s suicide on marijuana.  In June, the National Institute of Health released study findings that correlated marijuana use with increase suicidal ideation.

Everyone is unique and the majority of people can enjoy marijuana recreationally without noticeable ill effects.

For those that do experience an unwanted side effect, the good news is that more help is available than ever before. If you know someone who has experienced negative mental health side effects or may be struggling with a substance use disorder, then get help today.  Use the SAMHSA Helpline or accompanying directory to speak with a trained drug and alcohol counselor who will assist you in finding professional help in your area. 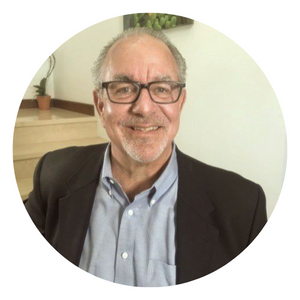 Scott H. Silverman has been fighting against addiction for over 20 years. He is the CEO of Confidential Recovery, an outpatient rehab in San Diego. You can buy a copy of his latest book “The Opioid Epidemic” here.

Private practice therapist salary To earn six figures in private practice, your gross revenue should be at least 30% more than your goal. Divide…