Are you or do you work with families who have kids on the spectrum? What is it really like and what are some things you wish someone had told you? Are you looking for resources and tangible advice from someone who is an autism parent?

In this podcast episode, Joe Sanok speaks with Janeen Herskovitz about her journey into private practice, being a mom to an autistic son, breaking through the stereotypes and her podcast.

What’s the point of having a beautiful website that doesn’t attract the clients you want to see? As the worldwide leaders of website design for therapists, Brighter Vision sees this issue happen way too often.
A nice looking website doesn’t equate a successful website. The truth is, your current website may even be turning off potential clients.
That’s where Brighter Vision comes in. Brighter Vision’s team of web designers will create you a website that is centered around attracting and retaining your ideal client so that you can have a nice looking website as well as a successful one.
To get your entire first year at $49 per month visit: https://www.brightervision.com/joe/ 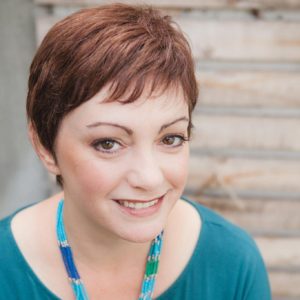 Janeen is a licensed mental health counselor in the state of Florida and the owner of Puzzle Peace Counseling, LLC. She also has a podcast The Autism Blueprint covers a variety of topics surrounding autism in the home.

She earned her Bachelor’s degree in Special Education from Rowan University in New Jersey, (1995) and her Masters of Arts in Mental Health Counseling from Webster University (2010). Janeen is a fully trained EMDR Trauma Therapist, and also a provider for the Heartmath stress-reduction program.  She’s trained in the Son-Rise therapy method for autism from the Option Institute, and served as an ambassador parent for the program for over four years.

In addition to this Janeen is a Topic Expert contributor on Autism Spectrum Disorders at goodtherapy.org.

Janeen had the opportunity to do her internship at a doctor’s office (who also happened to be her son’s doctor) where they specialized in autism. She started doing some of her hours at the office and then it transitioned into renting a space from this doctor.

She already knew when she was in grad school that her specialty would be autism spectrum of families because she has a son, he’s now 22, who is severely affected by autism. Janeen realized that there was a lot of help for the children, but not much help for the parents. So it was her goal to provide that help.

The Effects of Autism Beyond The Individual

It can encompass so much of a person’s life and consequently, the parents life as well.

What Janeen finds in her experience and with the families she works with, is that at the beginning with the diagnosis, no matter how affected the child is: whether they’re verbal or nonverbal, have behavior issues or just blend in with their peers, it doesn’t really matter. All parents go through what seems like the same cycle of guilt and grief in having something ‘wrong’ with their child.

Janeen went through this as a mom, and what brought her to be a therapist was going to therapy herself. Not realizing what a big task it was going to be to raise her son, because it affects every aspect of his life. For most kids, it will affect their ability to have conversations, their ability to speak, interact with others, socialize, play with toys, sleep at night or the foods they eat. A lot of them have health issues, chronic constipation, some of them have seizures.

Janeen is always amazed at the parents that come in with the ‘higher functioning children’, and they hear the stories of the more severely affected children and they start to think that maybe they shouldn’t be here. They don’t know if they’ve got enough suffering to be here. She ties it all together and says ‘It doesn’t matter at what level your child is functioning or not functioning, your pains are the same and we’re going to connect at that level.’

Challenges with the Podcast

As an autism parent, Janeen had to comfortable with the idea that she wasn’t going to be able to do her podcast like anybody else does because her life is unpredictable. Her son has some autoimmune problems and sometimes he’ll be sick for four or five days and won’t be able to leave the house. She needed to be flexible in this way, so she had a really hard time being consistent with it.

Janeen had to reevaluate what she could do and how much she could do. In the beginning, she was really honest with her community as she was growing it and said that she would publish every other week. Her listeners were fine with this and it helped her get her feet wet.

About a year ago her husband decided to retire early from his job as a school teacher to stay home with their son and just be totally in charge of him so that she could just go out and work on her business. So this is the year that she’s bringing the podcast back up to weekly episodes.

Want to know more about Slow Down School? Watch the video below.

Books Mentioned In This Episode:

What are some top tips on how to foster a good connection in order to send and receive referrals? How can you maintain a…