In this podcast episode, Alison Pidgeon speaks with Jessica Tappana on SEO tips for group practices as well as her own group practice journey. 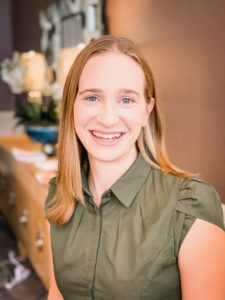 Jessica Tappana is a therapist, group practice owner, and SEO guru. She filled her solo practice and expanded to a group practice in six months. Now, almost three years later, her 7 clinician group practice has all of the systems in place to run smoothly and she’s busy building a second business helping other therapists reach more potential clients through optimizing their websites for Google! Visit Simplified SEO Consulting or Aspire Consulting.

Why did you start a group practice?

Jessica started her group practice because she felt like it was the next big thing to do. It was easier said than done. She wanted to work less but she was getting more calls and taking on more clients which meant she was working much more than anticipated.

She now has therapy offices with a meditation room and conference room. Her clinicians see 15 to 20 clients a week, and every one offers evidence-based therapy. Most of her clinicians do trauma therapy but everyone specializes in different things.

What are some helpful marketing strategies that helped your group practice?

Jessica says, do what feels right for you. Finding one or two things that feel right for you is the best way forward and it will help motivate you and excite you.  For Jessica, coffee networking didn’t work. She started learning and understanding SEO and grew to really enjoy it. SEO was the right thing that could fill up her other clinicians. When she did the right SEO work, people would call and know what services they offer.

What are some SEO tips for group practices?

Focus on the service pages and have a page for every single service you offer. Google ranks content based on how much detailed information you have on a website so this is a great place to start.

Another simple thing to do is give each clinician their own page. Put yourself at the bottom of your clinician listing as you don’t want more clients, you want your clinicians to fill up.

Blog posts will help you reach your ideal clients and rank on Google. The more regular content you have, the better. Find out what questions people are searching for and make a post exactly for that question. Add in subheadings and meta descriptions which also often helps the user experience too.

Think through a couple of places you’re ready to invest in with your group practice. Don’t invest in everything. Whether it’s a VA or SEO. Pick just a few. Your business is worth investing in. And those investments pay off.

Are you thinking about hiring clinicians into your faith-based practice? Do you want to level up your practice? Are you willing to invest in…