How do you successfully rank on Google? How did you get into understanding SEO? What are 5 key tips to help with SEO?

In this podcast episode, Joe Sanok speaks with Jessica Tappana about how to rank on Google and how to level up your private practice. 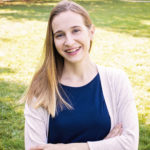 Jessica Tappana opened her private practice in May 2017 and began expanding to a group practice in December 2018 with the help of Alison’s first “Start a Group Practice Mastermind.” She overcame her fear of technology and spent countless late nights tirelessly working to get her website to the first page of Google so she could fill her new clinicians’ caseloads. Jessica attended last year’s Slow Down School leaving feeling refreshed and inspired for the year ahead.  Since last year, her group practice has grown to include 6 therapists and a VA. Jessica‘s practice prides itself on every clinician offering evidence-based treatment in a comforting, client-centred environment.  Shortly after SDS last year, Jessica began teaching other group practice owners to do their own SEO & started Simplified SEO Consulting.  She now offers both SEO training & “done for you” SEO. In less than a year, Jessica has helped many practice owners around the country get in front of more potential clients.  With both businesses, Jessica is passionate about providing high-quality service, making a difference for as many people as possible & putting the needs of her family first.

In this podcast episode, Joe Sanok speaks with Jessica Tappana about how to rank on Google and how to really level up your private practice.

How did you get into helping people rank on Google?

When Jessica’s practice kept growing, she decided to add clinicians. The only problem was that everyone was asking to speak to her and not her clinicians. She then realised that she needed to get referrals to the practice and not from her.

That’s when she started diving into SEO. Jessica enjoyed it because it didn’t require more of her during the day. Very gradually she got her website ranking really well. Then when she attended Slow Down School, she spent a lot of time helping others with their SEO and realised that she was good at it. After Slow Down School people started telling her that she should be doing this full time.

How did you realise that this could be a business?

It was life-changing. She reached out to a couple of people from Slow Down School and got her first few clients. Jessica was honest in her business approach saying “I’m new at this and I’m going to do my best.”

Fast forward a few months and some of those clients referred three clients to her, and one person described it as the best decision she’s ever made.

How did you talk to your existing clients to create the next steps for them?

By reaching out to those on the weekend workshops and 12-week course she was able to ask what would help them and gain real insight. By also reaching out and asking the same questions in her email list too. She asked what they would like about an online course and what they would pay and then she found somewhere in the middle.

Listening to what people want and then going one place above it.

How did you level up?

The biggest thing was listening to what people wanted and trying to provide that. Word of mouth has been everything. Doing her own website SEO definitely helped too. Having an emailing mailing list also that gives real value with a CTA at every email.

It’s okay to dream big and be flexible.

The biggest advantage is to be willing to be flexible and it’s okay for your dreams to change.

Happy summer!!! Hope all your private practices are doing well… though this is the time of the year when, for most, it slows down…