Is war morally acceptable? How can we better prepare military people for war psychologically? How can therapists be of more value to their veteran clients?

In this podcast episode, Joe Sanok dives deep into conversation with Joe Chapa about the complicated and debatable topic of war, military trauma, the moral question marks that surround it, as well as unpacking the ‘Just War’ theory. 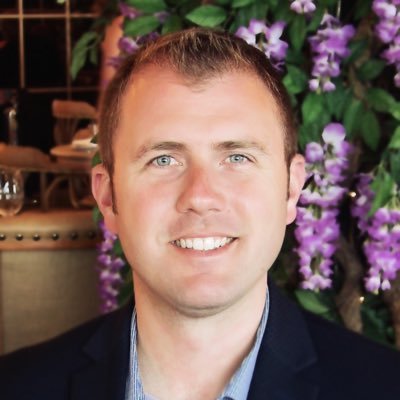 Joe Chapa has been a major in the US airforce for over 13 years and is currently studying a doctorate in philosophy at the University of Oxford. He’s a senior pilot with more than 1400 pilot and instructor pilot hours with experience in both major humanitarian and combat operations.

With a keep interest in philosophy since his high school days, once completed, Joe will use his practical studies to teach at the airforce academy.

In this podcast episode, Joe Sanok speaks to Joe Chapa about the complicated and debatable topic of war, the moral question marks that surround it, as well as unpacking the ‘Just War’ theory.

What is moral philosophy and ‘Just War’ theory?

Moral philosophy is a sub-set of philosophy which is often called ethics. Within that sub-set there are multiple questions around how military people should behave.

‘Just War’ theory is multi-disciplinary with a lot of philosophy and history involved, as well as a heavy religious component. What the theory has always been about is how to regulate and provide a moral set of constraints in war.

How can your work apply to therapists and counselors?

It’s all about informing people who work with veterans. We need to break down the constructs formed around military people, and first and foremost, see them as the human they are.

With that being said, there are certain stressors that come with being in the military which other people won’t have. One thing to consider is that we give very young people a lot of responsibly very early. And that’s the only way we’re able to do what we do. But that means sometimes when people leave the military, it’s often a shock to the system. The transition can come with its own set of problems. And people react differently.

Military people want to be able to tell their story but it has to be under reasonable conditions. And there is also certain language we can use to change the way we talk about the ‘Just War’ theory.

The language of ‘Just War’ theory can prepare people for the moral nuances of war.

[JOE SANOK]: Small businesses across the country love running payroll with Gusto, me included because Gusto automatically files and pays your taxes. It’s super easy to use, plus you can add benefits and management tools to help take care of your team. But here’s the thing, it’s almost 2020 and switching to a new payroll provider can be tricky. Fortunately, Gusto can help as long as you get in touch now. Try a demo and test it out over gusto.com/Joe. In fact, you’ll even get three months free when you run your first payroll. That’s gusto.com/Joe.
This is the Practice of the Practice podcast with Joe Sanok, session number 395.
I’m Joe Sanok, your host and welcome to the Practice of the Practice podcast. I am live here in Practice of the Practice world headquarters at the base of the Old Mission Peninsula here in beautiful Traverse City. Hope you are doing amazing. You know, if you are just starting a practice, you know, maybe you have a full time job and you have a commute and you listen to this when you drive around doing home-based work or maybe you dream of making your, I almost said your podcast, I mean that would work too, but your private practice grow into a clinic or a wellness center or something that reflects your values and you want to impact your community. You know, this is the podcast for you and this is the community for you. We have amazing communities, whether it’s mastermind groups or our membership groups or Killin’It Camp, that’s right around the corner. We’re trying to create authentic community that goes deeper than the typical online communities here.
One way we do that is coming up right around the corner, is Next Level Practice. Actually, I think at the time of this launch of this podcast, the doors will be open. So, you can actually get direct access to that over at practiceofthepractice.com/Door. So, we have over 30 e-courses, we have live events every month. We have a dynamic community of over 300 therapists that are growing their private practices. We have coaches, consultants, counseling private practices, all sorts of people in that membership community. If you also are interested, we have a webinar that is all about how to get to a 100K in two years, and that’s over at practiceofthepractice.com100K webinar.
So, we have a lot going on this month. September’s a big month for us. We want to make sure that we help people that are just starting at the very beginning. Next month we’ve got Killin’It Camp coming up, I think tickets have closed at this point for that, but at right now as I’m recording, we have 120 of those sold. But I’m guessing that in late August, which, now when you’re hearing this is in the past, but as I’m recording, this is the future. We’re anticipating we’re going to be at over 200 people that are at that. So, awesome for a first year of a conference.
Well, today we’re diving into moral philosophy and just war theory in the context of military trauma. The reason I wanted to do this is, you know, I have a lot of interests that go beyond just private practice and consulting and making money and business. I studied comparative religion as my major in undergraduate school and then also did a major in psychology. So, I did a double major. My honors college thesis was psychological approaches to teaching ethics at the primary level. So, moral philosophy, religion, spirituality, how we decide what’s right and wrong in our lives is really important to me.
You know, between my undergrad and grad school, I studied kind of all over the world, just trying to take in all the different ways that people think. So, I went to Nepal for six weeks in Thailand, took my grandma to Paris and went to Haiti and studied with a voodoo priest and then also kind of learned how some missionaries down there run things. I went to New Orleans and volunteered at a shelter for people with AIDS. So, that year between my undergraduate and grad school was really formative for me, where I intentionally tried to get new experiences that would push my boundaries.
The big takeaway I have is that we often want it to be clear. We want to be right or right or wrong, such as war is always wrong and we should never fight or war is always right. But today’s discussion with Joe Chapa, we really get into the messiness of war. We get into some deep conversations and some actual things that happened that you’ll have moral question marks on them. So, if you have kids, I’m going to highly encourage you to listen to this at a different time if you have kids with you, now if you have kids. If you have kids, you can’t listen, but because we do go into some of the nuances of war and the things that happen in war and you know, as a parent, you may want to just maybe listen to this at a different time, just so that your kids aren’t asking questions about things that you aren’t prepared to talk with them about. So, without any further ado, I give you Joe Chapa.
Well, today on the Practice of the Practice podcast, we have Joe Chapa. Joe is a major in the U.S. Air Force and a doctoral student in philosophy at the University of Oxford. He’s a senior pilot with more than 1400 pilot and instructor pilot hours with experience in major humanitarian and combat operations. We’re going to be talking about just war theory today and a number of other things. Joe, welcome to the Practice of the Practice podcast.