Should you be taking calculated risks? How can you foster your curiosity and why should you be doing this? Are you surrounding yourself with people who are on the same journey as you, and how could it help you reach your goals faster?

In this podcast episode, Whitney Owens speaks to Joe Sanok about making your next big move. 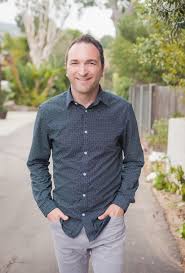 Joe Sanok is a keynote and TEDx speaker, business consultant, and podcaster. Joe has the #1 podcast for counselors, The Practice of the Practice Podcast. With interviews with Pat Flynn, John Lee Dumas, and Lewis Howes, Joe is a rising star in the speaking world!

He is a productivity researcher and author. His book, Thursday is the New Friday is being published by HarperCollins in 2021.

Sometimes when you jump, you learn important lessons. I don’t necessarily see it as past fails as much as that its giving me good information to be able to make different decisions in the future.

Joe had landed a foster care supervisor job and was doing his private practice as a side gig. Because he had a full-time job at the time he could take much bigger risks in his private practice. He took much bigger risks by raising his rate as a new clinician, being entirely private pay, to able to try something new because he didn’t need that money in the same way as if he was just starting a practice and that was his only income.

In Joe’s new book there is a chapter that covers internal inclinations. There are 3 inclinations that either come naturally or you need to work on to be really successful in the business world:

Why some people move on things and others don’t

If we think of it as a spectrum, on one side there are people who are very high in the thought area and very low in the action area. These are people who really value accuracy, are perfectionists, and may succumb to imposter syndrome. As a result, they are very slow to move as they don’t trust their own skills to be able to move forward and they need a lot of feedback.

On the other side, they are high in the action area and low in the thought area. These people see an idea and they go after it.

We want to make sure that we find some middle ground between these 2 spectrums.

When you start to surround yourself with a consultant, with other people, that are, in an aspirational way, trying to get to that next level, its like, all those ships rise with the tide.

It’s important to surround yourself with people who are on the same journey, and when you get people together that have a common goal, everybody gets there faster.

Schedule a pre-consult call with Whitney to see if the Mastermind, which is launching on June 11th, is the right fit for you.

[WHITNEY]:
When it comes to keeping your practice organized, you want software that not only is simple but the best. I recommend TherapyNotes. Their platform lets you manage notes, claims, scheduling and more. Plus, they offer amazing, unlimited phone and email support. So, when you have questions, they are there to help. To get two free months of TherapyNotes today, just use promo code JOE, J-O-E, when you sign up for a free trial at therapynotes.com.

Welcome to the Faith in Practice podcast. I’m your host, Whitney Owens, recording live from Savannah, Georgia. I’m a licensed professional counselor, group practice owner and private practice consultant. In each week, through a personal story or amazing interviews, I will help you learn how to start, grow, and scale your private practice from a faith-based perspective. I’m going to show you how to have an awesome, faith-based practice without being cheesy or fake. You too can have a successful practice, make lots of money, and be true to yourself.

So, I’m happy about this episode today because I have my good friend, Joe Sanok, here with me. And we’ve got some really exciting stuff we’re going to talk about. So, Joe is also a podcaster, productivity researcher and author. His book, Thursday is the new Friday is being published by HarperCollins in 2021. Joe has his first podcast for counselors, which is called the Practice of the Practice podcast. Hey, Joe, how are you?

A lot of the emerging research is showing that ADHD is actually really helpful in the entrepreneur world. Because people that have ADHD, oftentimes, their environment affects them differently in regards to their risk tolerance. And so we would often say, you know, someone who’s impulsive, you know, that’s gonna be really hard for them in adulting, but really, what we’re seeing in the emerging research is it’s really the context and the setting of it. But if we think of either end of that spectrum, we really don’t want to be overthinking and paralyzed by perfection, nor do we want to be over action where we’re so impulsive that we aren’t accurate at all. So that kind of middle ground is the move on it, that the ‘it’ is defined by our thoughts and the ‘moving’, the action, is primary. And so, we’re high in action, but we’re higher in thought, but not where thought is taking over the action, that the action is still number one, and then we’re having the thought process be a part of it.

This podcast is designed to provide accurate and authoritative information in regard to the subject matter covered. This is given with the understanding that neither the host, the Practice of the Practice, or the guests, are providing legal, mental health, or other professional information. If you need a professional, you should find one.

Do you find yourself heading towards burnout? How can your business be structured to run more efficiently? Why should you start where it is…