In this podcast episode, Joe Sanok speaks with JP McAvoy about how he stepped outside of traditional law, how a podcast is helping him grow his business and reach more people as well as how to position a business to be sold.

You have a website that you love, but nobody seems to be finding it.  You don’t have the time to learn to do your own Search Engine Optimization but know that it’s time to get your website ranking better on Google.

If you’re looking to outsource your SEO, Simplified SEO Consulting is the place to go. Jessica and her team know what it takes to get private practice websites to the top of Google and do in-depth SEO work on every page they optimize.

Whether you hate technology or just don’t want to mess with it, the Simplified SEO Consulting team can put your mind at ease, do the work for you and help you grow your business by showing up on Google. To book your free Zoom consultation call or to begin with $100 off their online course, head over to https://simplifiedseoconsulting.com/joe/. 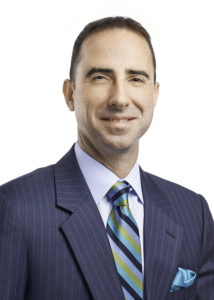 Jeffrey (JP) McAvoy is the founder and managing partner of Conduct Law. He practices corporate and commercial law. JP assists his clients with a wide range of transactions including financings and acquisitions, re-organizations, and corporate entity structuring matters. He acts for clients buying and selling businesses and represents a diverse range of corporations in Canada, the United States, and Eastern Asia.

JP is also the host of The Millionaires Lawyer, a five star rated podcast on a range of topics from business,  legal and accounting perspectives. In his spare time, JP can be found on the golf course. or spending time with his wife, daughter, and son at the cottage

So I signed up, I started becoming a champion for him, and I’ve certainly started taking some of the lessons he taught me and applying it to my own practice.

A college professor and author reached out to JP and asked whether he would be the Canadian, and North American go to as a legal expert for a philosophy he was espousing. The philosophy for him was for startups, a different method of organizing companies to split equity amongst the participants. Instead of issuing equity as a lot of companies traditionally do, he’s developed a model where people just simply record what they call their ‘inputs’. They record them for a period of time to delay the actual equity issuance. And it was a concept that a lot of lawyers wouldn’t buy into.

Outside of the practice

JP put himself out there by participating in podcasts attending the New Media Summit and he also launched his own podcast. Not many attorneys are taking part in those spaces, expanding his own practice and his own knowledge base has allowed JP to bring that to his own practice and start teaching people to do the same thing.

ROI for the podcast

If it brings in one person it’s likely going to pay for for the investment.

Spending time and money doing the podcast is a worthy investment for JP. He immediately saw the ROI when his first significant client started working with him as a consequence of the podcast. There is also the following and the SEO created as a direct result of hosting the podcast.

Starting a podcast specifically to build a local business

Positioning a business to be sold

The real key thing is having structures and processes in place that allow you to actually exit the business. A lot of people are so involved in the business and running the day to day but that they don’t think about that.

JP advises that you have to think about the day where you are no longer a part of the business. If you’re able to do that and put processes into place that allows that to occur, your business is going to be worth more. It will also be more attractive to others, others are going to want to purchase it.  If this is not something you are focusing on, you’re devaluing your business and making it less attractive to others.

Other things to look at are that 2 years prior to a sale a structure needs to be put in place, of which 50% of the assets of the business are being used for active business purposes. And then 90% of those assets need to be in place on the date of sale. You also have to ensure that the financials are in good shape as well. Most purchases are going to look at least three years of financials prior to a sale.

Watch below for some tips on selling your practice:

I first met Rebecca A. Eldredge, PhD a little less than a year ago. She was moving to Traverse City, MI and she contacted me….