Do you make some of the common money-wasting mistakes? What are some quick and easy things you can start doing in order to save money for the end of the year? Are there important perks about hiring an accountant to assist you?

In this podcast episode, Whitney Owens speaks with Julie Herres about how to save money in your private practice. 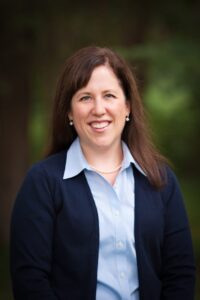 Julie Herres is an accountant and the owner of GreenOak Accounting. The firm provides accounting, bookkeeping & tax services to private practice owners throughout the United States. Their mission is for every practice to be profitable!

Julie and her team have worked with hundreds of private practice owners, so they are uniquely positioned to be a trusted advisor to clients. Julie also hosts the Therapy For Your Money Podcast, where she talks about all things money & finance for private practice.

1. Not saving for taxes

As soon as there’s profit in the practice, you will start paying taxes, so you can see it as a good thing. Julie’s rule of thumb is set aside 25% of your profits, what you bring home, for paying taxes.

Some practice owners co-mingle their private and business accounts. With a separate business account, you can easily track income and expenses. This is the money you will need to be saving 25% on.

3. Practice owners do not pay themselves intentionally

They either do not know or do not know how much to pay themselves. They may also use business money at odd times and they end up spending a significant amount of business money on personal duties, however without that intentional pay, the amount that you have used on yourself gets lost.

4. Not having records of their finances

Julie recommends keeping business records. Track things throughout the year instead of doing everything at the end of the year. There is a lot of valuable data in small amounts.

Keeping track of what is due and when. Knowing the deadlines will save you money for not having to pay consequence-money.

The expenses are deducted when they happen, not in the future. Buy things that you need before you need them.

What I do want to caution is that I never want to accelerate an expense that is not needed. A deduction is not a credit. (Julie Herres)

Consider giving bonuses to employees before the end of the year

Make sure to run the bonuses in time for the current year period.

Think this through before the end of the year, speak with your accountant for ideas.

There is an increase in hiring a consultant to assist you in expanding and investing in your business.

What we’ve noticed across our clients … is that we noticed that year over year there is about a 30% increase in income on our clients who have a coach or consultant or are working with someone and actively working on their business. (Julie Herres)

Make sure you have mileage records

If you travel for your business in any capacity, you can reimburse yourself for your millage through millage records. Keep them for your tax at the end of the year.

Take an office deduction if you meet the requirements

You can take a home office deduction to reimburse yourself for home office expenses. If you are entitled to it, take it and make sure your documentation is in order so that you can prove that your deduction is legitimate.

Top off your HSA accountant

Contributing to HSA makes it tax-free, it is definitely worth looking into.

Check this with your accountant to see if you need to change anything for the end of the year.

Why is it important to have an accountant?

They are a trusted advisor who is going to help you with business decisions in your practice. Accountants can do the legal work so that you can focus on building your practice while they deal with the fine print. Having someone to run legal decisions through will save you time and money.

They can also assist you with keeping up with your tax deadlines. They can talk you through different scenarios and will be familiar with your business and therefore can help you make important numbers-based decisions.

Access the free Mini-course of 4 Stages of Private Practice.

[WHITNEY]:
We’re opening the doors again to Group Practice Boss for December 29th through the 31st. So make the end of this year count. Head on over to practiceofthepractice.com/grouppracticeboss to be added to our email list and to hear more about Group Practice Boss.

Welcome to the Faith in Practice podcast. I’m your host, Whitney Owens, recording live from Savannah, Georgia. I’m a licensed professional counselor, group practice owner, and private practice consultant. Each week, through personal story or amazing interviews, I will help you learn how to start, grow, and scale your private practice from a faith-based perspective. I’m going to show you how to have an awesome, faith-based practice without being cheesy or fake. You too can have a successful practice, make lots of money, and be true to yourself.

And then the next year, year two, all of a sudden, things are going great. They might have hired, they’re making $100,000, for example, like they’ve spent, the practice owner, it happens all the time, has spent every last dime of it, because finally it was a good year, you know, they’ve got a new car and maybe bought a house or you know, it’s gone, the money’s just gone. And then that creates a tax situation where you’re catching up for sometimes two or three years to come where we’re getting them on a payment plan with the IRS and with the state. But then you still have to even catch up for the current year. So you’re paying for a previous mistake for years to come. So saving for taxes. I just wish everyone did that. So that’s, that’s number one.

But what I do want to caution, though, is that I never want to accelerate an expense that is not needed. So a deduction is not a credit, right. So if you’re spending $1,000 on a computer and just just use round numbers, that means that if you’re deducting the $1,000, from your taxable income, that means you’re saving about 25 to $30 in taxes depending on the tax rate. So if we were assuming a 25% tax rate, you’d be saving $25 or $250. So if you’re spending $1,000 on a computer, you’re saving about $250 in taxes. But if you didn’t actually need a computer, you’re still out $1,000, so it’s not a good deal. If you don’t need something, you shouldn’t be buying useless things. And I do see that often, at the end of the year. So don’t buy things that you don’t actually need. That’s not a good deal. I’d rather see you have $750 left in your account, then spending $1,000 just to save $250. Did I explain that in a way that makes sense?

[WHITNEY]:
You explained it perfectly, in fact, I wrote your quote down, a deduction is not a credit, that is like what I’m taking with me. [JULIE]:
Okay. Deduction is not a credit, not the same thing. So a tax credit would be different and tax credits are much rarer. So. So accelerating expenses, a great, great thing to think about, especially mid December, think through, like, what would I have purchased in January, and do it now. If you have employees, it’s also a good thing too if you’re going to give year end bonuses, make sure you run them in time that they show up on a current year pay period. So if you run them in January, that’s going to be a deduction for next year. So right thinking through, like, what are all the things that I need to take care of before the end of the year.

It’s a great time of year to do retirement planning as well. There is a little more flexibility here in the sense that if you’re doing a SEP or if you’re contributing to an IRA, which wouldn’t be done through the IRA, would be done for you personally, not through the business. There is time, it doesn’t have to be done before the end of the year. But it’s a good time to think through is there enough money to do those things, that’s a good time to reach out to your accountant to talk through that, to your financial planner, and see if you’re eligible. There are some contribution limits if you’re a high income earner. But generally speaking, you can contribute $6,000 to an IRA either or just a regular IRA, that’s pre tax. So that would be a tax deduction or a Roth, which won’t give you a tax deduction in the current year, but it will never be taxed again. So that can be depending on your tax situation this year, a Roth might be a great deal. If you’re in a lower income tax bracket this year, then you might be in a future year because you’ll never pay taxes on that money again. So looking at those things.

[WHITNEY]:
This podcast is designed to provide accurate and authoritative information in regard to the subject matter covered. This is given with the understanding that neither the host, the Practice of the Practice, or the guests are providing legal, mental health, or other professional information. If you need a professional, you should find one.

What are the most common challenges practitioners experience when it comes to starting a private practice? What are some solutions around these challenges? In…