In this podcast episode, Whitney Owens speaks with Katie Bailey about growing a faith-based practice. 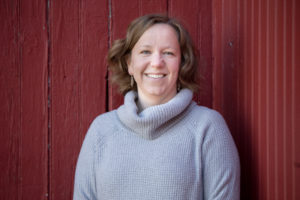 Katie Bailey is the owner of Lime Tree Counseling, LLC in Ambler, PA. As a Licensed Professional Counselor since 2007, she focuses on helping people recover from trauma, especially emotional and narcissistic abuse. Having started her own practice, Katie strives to create a wonderful place to work and learn for other therapists as well, so we can improve our world together. When Katie is not working, you will most likely find her with her three kids & husband, knitting, and drinking chai.

Why go from a solo to group practice

Katie was getting more calls than she could handle herself and needed a bigger circle of people to refer to, as people who went to church with her enquired about consultations.

Challenges with being a group practice owner

There’s not necessarily one right way to do it.

Katie was struggling with whether she should take on W2’s or 1099’s and after consulting with an attorney, she decided that the best thing would be to have W2’s.

How to incorporate faith into your practice

All the clinicians at Limetree are Christian so things are being looked at from a biblical view, whether they are speaking openly about it or not. When it comes to dealing with clients it is dependent on where they are spiritually, so they just follow the client’s lead.

What every Christian counselor should know

Its okay to let your clients struggle in their faith, support and educate them through the process. Allow your clients to feel those emotions, that’s where healing starts.

Unit 1 Of The Passive Income Series We’re going to be talking about all things passive income: When should you use it in your…