Are you stuck with an idea and not sure how to execute it? Do you feel like you may have some analysis paralysis? Do you want to propel your brand into the realm of success and tap into your inner badass?

The Gottman Institute is dedicated to combining wisdom from research and practice to support and strengthen marriages, families, and relationships. It brings the knowledge of research to therapists — and the insight of therapists to researchers. This link between research and practice reflects the collaboration of John and Julie Gottman, whose combined research and clinical experience is extensive, and incomparable. 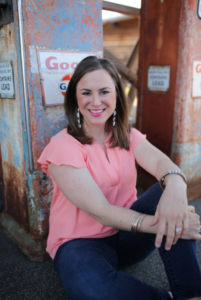 Laura Long is a Licensed Marriage and Family Therapist. She is the owner and lead bad ass at Your BadAss Therapy Practice.

Laura was tired of hearing the same bad advice that’s handed out to therapists who are struggling to grow their private practices, so she decided to start creating content to dispel the myth that you have to lose your mind in order to gain clients.

You can find out more about Laura here:

When Laura was 37 weeks pregnant she got the idea to do some coaching, but at 6 weeks postpartum, she struggled to sleep and was quite anxious. Suddenly the whole idea of going back to work 3 months postpartum and starting coaching on the side, got turned on its head.

Laura then ended up taking 5 months maternity leave and during those nights she was struggling with falling asleep, this is when Your BadAss Therapy Practice was born!

In this episode Joe Sanok speaks with Laura about how she helps therapists build successful practices by unleashing their inner badass.

There is only so much information you can consume before taking that step. Even if you don’t know how to get to where you’re going, take one step there and see how it works.

There are 2 types of therapists:

What changes the game between these 2 therapists is that one is willing to try stuff and take some risks.  Being a badass is a total mindset and how you show up in the world.

When you focus on the one thing that you’ve got in front of you right now, that is allowing you the time and space to be really engaged.

Even though therapists should have a tenacity and drive that keeps pushing them forward, they also have to slow down so that they don’t burn out.

We have a tendency to create these goals but we don’t know how to get there.

Wanting to see x amount of clients a week is not a goal, it is a result of many other things that you need to do to get there. Maybe this could be blogging and being consistent with this task.

When you are up in the middle of the night and you can’t sleep, you need a ‘why’!

Do the best version of you and you will be successful.

Laura’s next cohort opens in February 2019 and if you’d like to join you can enter the coupon code ‘Joe’ and get 10% off.

[The Gottman Institute has delivered over four decades of research, training, workshops, and thought leadership. I personally love their approach in my own marriage, and with the couples that I worked with. Now, for the first time, you can train with them online. Their new online courses include everything you need to adopt the Gottman method to your practice. Earn CE hours, improve outcomes, build expertise, and grow your practice from anywhere on any device. To get started today, save $50 on the level one training online course when you visit Gottman.com/joe.] This is the Practice of the Practice podcast with Joe Sanok, Session number 326.

[JOE] Well, I am so excited that you are here with me today. I hope your day is going awesome. I hope your practice is rocking it out. I hope you’re going after big ideas and they’re all doing in the context of life. That’s where we start. What’s the life you want to live? And then, let’s reverse engineer the kind of practice and big ideas you’re going to go after. I’m thrilled that the Gottman Institute is now a sponsor. I mean they’ve sponsored other things. But, now, they’re coming on as a big-time sponsor which is super cool.
Really excited about that. I’ve respected, you know, Dr. Julie and John Gottman’s work for a really long time. My wife, Christina and I, went to the Art and Science of Love Workshop and it’s really helped us. And even my clinical work, seeing people kind of go through that process, it’s pretty darn amazing. So, we’re working on so many cool things here over at the Practice of the Practice that are probably going to help you out. We’re kind of visioning out Killing it Camp.
That’s going to be our big conference we’re doing in October 2019 like a mini-Slow Down School, where you’re just going to run full tilt towards your practice. The first access to those tickets are going to be for Next Level Practice people So, if you are not yet a part of Next Level Practice, you can request your invite at practiceofthepractice.com/invite. But, you know what, it’s just so fun to see how many of you are just growing your practices and have amazing things happening for you.
I’m so proud of you, guys. Keep it up. Keep letting us know how we can support you. It’s so fun to, you know, coming to work. When I come into work and I was going to say every day. But, I don’t work every single day. But, to come in and think, “Wow, I get to think about what really helps private practice owners to grow and to scale?” And it’s really amazing to do that every single day. So, thanks for being a part of the Practice of the Practice community.
Well, today, on the show, we have Laura Long. She is really well-known in so many of our circles. She and I may say some naughty words. So, if you do have kids in the car or if kids are around, this probably isn’t one that you want to be blasting it through your speakers. It’s not like we go crazy. But, I do think we may say a word in there that may be a little naughty. So, I just want to let you know that. Put the headphones in. Go for a run. Go have some mommy or daddy time, or you know, just, you know, don’t be around little kids.
Alright. Without any further ado, Laura Long. Well, today in the Practice of the Practice podcast we have Laura Long. She’s the owner and Lead Badass over at yourbadasstherapy.com where she helps driven Type-A therapists build successful private practices by unleashing their inner badass. Laura offers business– I screwed that up. I’m going to keep going because I’m going to be a badass and fail. Laura has this individual and group coaching as well.
Laura, welcome to the Practice of the Practice podcast! [LAURA] It is an honor to be here, Joe. Thank you so much. [JOE] You know, I’ve known you online. I’ve seen your work. But, we’ve never had a chance to hang out. [LAURA] I know. It’s a travesty, really. [JOE] It really is. Humanity is worse off that we haven’t talked before now. [LAURA] 100% agree. [JOE] Yeah, well, let’s just start with tell us a little bit about your backstory. How did you get into this badassery?

HOW TO SPEND YOUR TIME

Recently I gave a talk to a group I have been part of, the Mentoring Subcommittee for the Poverty Reduction Initiative. This video is…