Why is it so important to listen to understand? What are some ways you can use your sphere of influence to make a difference?

In this podcast episode series, Joe Sanok speaks to William Hemphill about why it’s so important to listen, empathize, act, resist, and never stop. 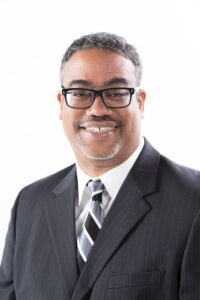 William Hemphill, II, is a counselor, pastor, and speaker. As a husband who has been married for over 23 years and a father who adopted three children, he understands the rewards and challenges of maintaining a strong marriage and blending a family.

In his practice, he works with individuals who value their faith, couples who want to strengthen or rebuild their relationships, and with adoptive families in building loving connections. He is the author of the book Praying With Your Spouse: A Secret To Building Intimacy In Your Marriage.

Visit William’s website and connect with him on Facebook and join the Building Spiritually Strong Marriages community.

Listen to his podcast here. Email William at whemphill2@williamhemphill.com

E – Empathize, place yourself in the shoes of someone else who might be experiencing trauma or suffering.

If you dismiss what someone has to say as a person, and don’t recognize their experience how can we begin to even understand one another in order to begin to heal?

It’s important to listen to stories of African Americans, we can’t learn without listening in a non-judgmental way.

We all have a sphere that we can begin to advocate.

It’s important to keep a level of awareness and do not allow it to fade away.

If we use our gifts to serve humanity in love, I believe that’s how we all can make a difference.

[JOE]:
If you normally skip this part, hold on just a second. I’m not doing any sponsors for this series. Instead, I want you to donate to an organization that you love; an organization that is pushing back against what’s happening in this world, in the black communities. Find someone or somewhere that you can give your time and your money to be able to make a difference. A number of our guests are going to be sharing organizations that they like, and we’d love for you to support those or if there’s one that is doing good work in your community, connect with them. So please, give to an organization that is going to improve the world because we need your time and your money right now to make a difference.