Are you looking to grow your 1099-based practice further and hire more clinicians? How can you make your employment offer to contractors attractive enough to stand out from the crowd? What can you do to properly search for new clinicians online?

In this podcast takeover episode, Alison Pidgeon does live consulting with Choya Wise who is overwhelmed with referrals and is needing to find out how he can find 1099 clinicians.

To get 3 free months of TherapyNotes, no strings attached including their very reliable telehealth platform click on www.therapynotes.com and enter the promo code: Joe 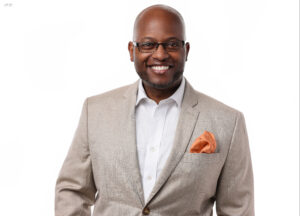 Choya Wise is a Licensed Clinical Social Worker. He is the founder of Aspire Counseling and Consulting Services, a group practice in Huntsville, Alabama. His specialty is in Anger Management and Relationship Counseling. He also works as Clinical Supervisor and is the Administrator of the Facebook Group Social Workers of Alabama.

Offer possibilities to get training

If you are looking to hire more 1099 clinicians, a way to encourage clinicians to come work for you is if you offer training for them to expand their scope of work.

You can set this system up by having them pay for it initially and then you are reimbursing them later on after they have taken a few clinicians on and in this way, both you as the practice owner and the clinician can enjoy the work and both be paid.

You have to think about what you are going to be offering that is attractive in comparison to those other practices or agencies where they could go to work. (Alison Pidegon)

If you are not offering benefits, you can alternatively offer higher pay which is in the long-term also attractive to potential contractors. You can look at how much other agencies are offering to pay contractors to get a sense of your competition.

Consider paying your 1099 contractors a higher rate than W2 clinicians because 1099’s have to pay their own taxes, and this is a good perk of higher pay to offer them.

How to optimize searching for new clinicians online

I have noticed that people who are somewhat content in their job wouldn’t necessarily be looking on LinkedIn to find a new job but if something really better fell in their lap, they would be open to pursuing it. So, I will [privately] message people on LinkedIn and say “hey, we’re hiring! Do you know anybody who is interested? Are you interested?” … and you can find people that way. (AlisonPidgeon)

It depends on your state, some states are fine with having a mix and others are not. For some, you have to provide a good reason why one fully licensed clinician is a 1099 and another is a fully licensed W2.

For example, for some states, you can mix this around and find the system that works for your practice as well as what is allowed in your state, but for most, you need to be specific about how you structure it if that were something you would like to do.

Alison has been working with Practice of the Practice since 2016 and has helped over 70 therapist entrepreneurs start and grow their businesses, through mastermind groups and individual consulting

Special thanks to the band Silence is Sexy for your intro music. We really like it. And this podcast is designed to provide accurate and authoritative information in regard to the subject matter covered. This is given with the understanding that neither the host, the publisher, or the guests are rendering legal, accounting, clinical, or other professional information. If you want a professional, you should find one.

For years I have been helping potential consulting clients to figure out the ROI on their investment of consulting. Also, when I’m deciding whether…