What can you do to move forward in your business while maintaining its integrity? How can you create passive income that boosts your business growth? Can hiring a virtual assistant be the bridge between where your business is now and where you want it to go?

In this podcast episode, Joe Sanok does a live consulting call with Elizabeth Meyer about what she needs to do now that her client base is full. 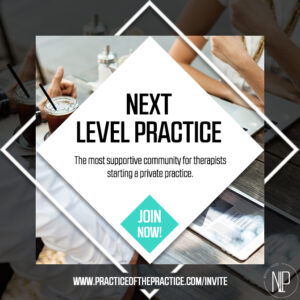 Next Level Practice is an on-going support system for mental health clinicians, counselors, and coaches who want to start and scale their own private practice featuring HUNDREDS of trainings, LIVE calls with our experts, a robust resource library, exclusive online community, and SO MUCH MORE! 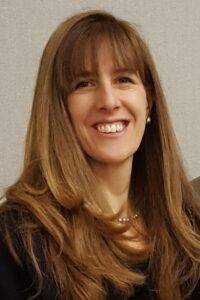 Elizabeth has been described as a warm, caring, intuitive therapist. Her clients report feeling seen, heard, and hopeful from their sessions together. Elizabeth’s specialties include life transitions, depression, anxiety, infertility, pregnancy and parenting, relationship issues, spirituality, and meaning-making.

She has been a licensed psychotherapist in the state of MA since 1993. Elizabeth received her Masters of Social Work degree from the University of Pennsylvania and her Bachelor of Science in Psychology from Grinnell College. Her therapeutic approach is eclectic and personalized, pulling from Developmental Psychology, Family Systems Theory, somatic and Mindfulness-Based approaches.

Expand beyond your time

When you find yourself at a place where your schedule is starting to get stuck between seeing clients, answering the phone, and finishing up admin, it may be time to hire a virtual assistant.

This will help to clear up time and energy for you to either see more clients, grow your solo practice or even think about expanding into a group practice.

I think that making sure that you only do what you do best and then outsource the rest. At this stage it’s totally worth it. If you do one extra session a week because you’re not spending that hour on the intake call that’s a lot of money. And at $15 to $20 an hour, you’re then buying time for somebody else to come build up that system within your business. (Joe Sanok)

Joe recommends trying to build up a passive income stream that is not wholly reliant on you seeing clients. You can go from “one on one to one to many” by doing group sessions and even mastermind groups.

By expanding the solo practice slightly into a group practice, your new clinicians can take over some clients and referrals while you stick with a handful of sessions a week. You can therefore spend the rest of your time building up a consultation business, or other projects for your business development.

You’re going to be better positioned to move forward faster with a coaching business or kind of whatever that level up looks like if you have that passive income coming in through a group practice. (Joe Sanok)

Recently I received an email from one of the readers of Practice of the Practice. She had some pointed questions about my monthly income…