What happens in your practice when your 1099 employee gets a bad review? How can you navigate this situation without crossing any business boundaries? Can you utilize SEO to recover your marketing from a negative review?

In this podcast takeover episode, Whitney Owens speaks with Gennifer Morley about responding to a negative practice review.

Whether you are a seasoned clinician whose current website needs to be revamped, or a new therapist building a website for the first time, Brighter Vision is here to help.

By first understanding your practice and what makes it unique, Brighter Vision’s team of developers will create a custom website catered to your specific marketing goals. Better yet, they provide unlimited technical support to make sure it stays updated, and professional search engine optimization to make sure you rank high in online searches – all at no additional cost. 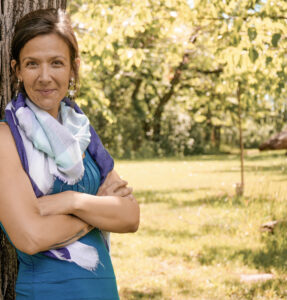 Gen Morley runs a group practice in Boulder Colorado specializing in anxiety at all ages. With years of experience and research, Gen has created an approach to counseling that effectively combines evidenced-based therapies with a down-to-earth approachability that gets results. Gen is a mama, a wife, and an athlete who enjoys a good laugh.

Should you get involved in the reputation of a 1099 employee?

When someone is hired at our practice, even though they are a contractor, they still represent our work. To someone else outside of [your practice] no one knows that this person is a 1099 … and so whoever you hire is going to be representation of you which is why you want to be super clear in your hiring process. (Whitney Owens)

You cannot tell this person how to do their job because they are a contractor to your practice, but you can meet with them to process this difficult situation and offer guidance and support where you can.

I would just redirect [them] back to the clinician especially because this clinician’s practice is separate from you because [the clinician] has [their] own business, it’s [their] client, [their] situation and not yours. (Whitney Owens)

Evaluate how your practice interacts with children and adolescents

Sometimes there are situations that involve a child or adolescent who is dependent on a guardian or parent to pay for their therapy, and they want to go but there is a problem between the two of them or between the guardian and the therapy.

It is therefore important to have systems in place that can protect your clinician and your practice from harm while assisting the child or teenager as much as possible.

How to handle a negative review through SEO 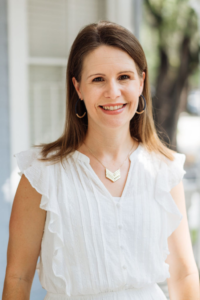 Whitney Owens is a Licensed Professional Counselor and Private Practice Consultant. She lives in Savannah, Georgia, where she owns a group private practice, Water’s Edge Counseling.

In addition to running her practice, she offers individual and group consulting through Practice of the Practice. Whitney places a special emphasis on helping clinicians start and grow faith-based practices. She hosts a podcast to help faith-based practice owners called the Faith in Practice Podcast.

Whitney has spoken at the Licensed Professional Counselors Association of Georgia’s annual convention as well as Maryland. She has spoken the past two years at Practice of the Practice’s Killin’ It Camp Conference. She has also been interviewed about mental health issues on several media outlets including WSAV in Savannah and in the Atlanta Journal-Constitution. Whitney is a wife and mother of two beautiful girls.

When a client reaches out for online counseling, I schedule a phone or video session with him/her.  This gives me a chance to see…