Are you wanting to start a practice or business in another state? How can you organize running two or more businesses/practices from different locations? How do group practice owners with multiple businesses make the time to work on projects?

In this podcast episode, Alison Pidgeon does a Live Consulting with Stephanie Korpal about how to manage her group practice from another state. 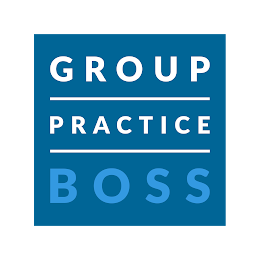 If you have a growing group practice and are looking for ongoing business support, we have a new membership community especially for you. Every month we will be taking a deep dive into topics that group practice owners need the nitty-gritty details of including:

She is the owner of Marble Wellness, a group mental health practice in St. Louis, MO that is currently also expanding into the Chicago area.

Stephanie and the therapists in her practice work with kids, teens, and adults to help set them on a path of living a more fulfilled, calm, and happy life. Stephanie has a particular passion for maternal mental health and plans to release a podcast in the upcoming months that showcases stories from moms about their mental health journey.

Options when starting a business

1 – Even if you want an office space for your business, you can start out not having an office. You would save money on rent and furnishings if you start out online to test it out.

2 – You could consider what it would cost or entail to register your business in a new state:

It’s not difficult but you do have to go through a process of registering as a foreign entity in another state … so there is a little bit of paperwork and time that it will take. (Alison)

3 – You could start a whole new business. If there are too many differences in state regulation between where your business sat in your previous state to the one where you are in now, you could consider opening a new business where you are now and run both of them.

If you think the model that you have already established in St. Louis is working well, running smoothly and not taking up a ton of your time … then you can look at that as “I’ve created this really great thing that I know I can replicate somewhere else.” So, if you do decide to start something in Chicago, you’ll find that it’s going to feel a lot easier because you’ve already done all of that initial legwork. (Alison)

Of course, it won’t be exactly the same, but there are similarities that will run parallel and you can use these to your advantage so that you minimize some of the work that you need to get done to get the new business up and running.

What we see most group practice owners do is that they build up the group practice to the point where the bulk of their salary is coming from what the other therapists are bringing in and so they are able to reduce their caseload down to a manageable number … and they start another business or move into some other type of service. (Alison)

After growing your business large enough, you can instil levels of administrative assistance to help take off some of the responsibility from you so that you can focus on CEO-type responsibilities only, while other staff handle the admin running.

In this way, you can oversee the running of two or multiple businesses because your income stream is varied and you have the time on your hands to work on future projects.

Business Books mentioned in this episode:

Gino Wickman and Mark C. Winters – Rocket Fuel: The One Essential Combination That Will Get You More of What You Want from Your Business

Alison has been working with Practice of the Practice since 2016 and has helped over 70 therapist entrepreneurs start and grow their businesses, through mastermind groups and individual consulting

And then I just get too far into five years in the future. So I struggle too, to consider like what works best for me, but also what works best for the practice, because in a way that does work best for you and how to plug and play those pillars to your vision.
[ALISON] Right. Yes. And I think that’s a common struggle of business owners. Like you’ve never done these things before, so it can be really hard to like say today when you’re like six months into it, like, I want my practice to be $2 million a year and I want to have 40 therapists. You know what I mean? Like, how do you know you want that? I didn’t think I wanted that like two years ago and now I have a very different picture of what I want my practice to be. So yes I think it’s sort of like, you have to have some idea of what you want, but at the same time you have to be flexible. And like you said, like sort of, you’re sort of learning as you go and being open to you know, kind of figuring out and not having all the answers right now, but willing to try things. I mean, I think probably too, like you have a sense now of how big you might be able to grow things in St. Louis. Like you said, if you had a different location that was maybe pretty from your current location, would you tap into a whole different population? I mean, do you think there is a good opportunity there to keep growing?
[STEPHANIE] I do. I filled up my two new therapists from January pretty quickly and that was without too many formal marketing efforts. And I have an admin who’s trained and really sharp. We’ve been able to start to strategize, but our partnerships with doctors and other health professionals in the area and just other marketing and advertising paths. And so I’ll be really interested to see how quickly I can fill this next hire because it’s also just filling one person and so I think once I track how quickly I’m filling all of these people, I might have an idea. There is a population of St. Louis that keeps moving into further west suburbs and as a practice that still serves primarily moms, I’m sure there are a lot of moms who would like to not be driving 25 to 30 minutes for a therapist.

Its May and you’re starting to realize that quarantine is the new way of life. You’re finally familiar with your teletherapy tech, found just…