Why should you want to start multiple online income streams? What are some things you can create to start selling online? How do you build an email list and why is it important?

In this podcast episode, Whitney Owens speaks with Marissa Lawton on building an email list to sell a product and multiple online income streams. 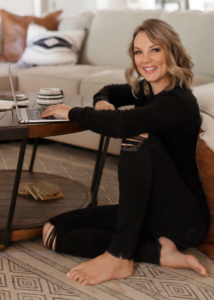 Marissa Lawton is a licensed counselor who also happened to graduate from a top 20 business school – and she really loves integrating both her hard and soft skills. She is a corporate trained strategist, marketer, and offers Creation Whisperer who lights up walking fellow clinicians through building aligned businesses beyond private practice.

Marissa is the creator of Side Hustle Support Group, a 6-month mentorship that helps therapists repackage and repurpose their current clinical skills into an impactful online income stream. She also hosts a self-study program called Space Holder that captures therapists’ creative energy and teaches them to develop their fist lucrative container outside of the therapy room.

Why have online income streams

When you’re working in sessions, 1-on-1, eventually there is going to be an income and impact ceiling. The market sets the price and you won’t be able to push your price up any higher. So the only way to make more money is to see more clients or go into a group practice.

The other option is to choose what your caseload looks like in terms of 1-on1 clients and then coming up with an online income stream to supplement a smaller caseload/group of clients. If you choose to see only 10 clients, your online income stream can make up the remainder of the caseload or even surpass it.

This is more lucrative than therapy but you are still spending time 1-on-1 so you’re still going to hit that time and income ceiling.

Always sell before you create

Never create your program before you sell it.

You must be sure to have a concept for your program. There are 4 solid concepts:

Once you know the person, problem and the promise of your offer, you should design your email list to be tightly related to your offer.

They need to know what you do, they need to like you, be excited to learn from you and then trust that you are going to get them the results.

If  you only have time to do one thing, always start with an email list.

Space Holder – this is a weekend course that will help you channel your creative energy. You will go from having an ambiguous idea to a concrete plan.

Side Hustle – this is a 6 month mentorhsip which takes you from offer all the way through to audience building and marketing plan.

Google Trends is a quick way to discover keywords and decide which keyword to use. Use Google Trends to Compare Keywords So let’s type…