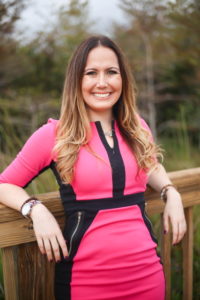 Amanda Patterson is a private practice consultant who helps therapists create business and marketing plans. She’s the owner of a group practice, Caring Therapists of Broward and Palm Beach in South Florida. She’s the founder of My Private Practice Collective, an online community for therapists in private practice. Find out more about Amanda on her website. You can follow Amanda on Twitter, Instagram or Facebook.

Tell us about your practice and model

Amanda has two location full-service practices with 15 contractors, working mostly with everyday issues from children to adults. The original model first started a group practice which was more like a collective of four people getting together. Some wanted to see people and not do all the behind the scene stuff. So they rented office space from Amanda, but some people struggled to build a caseload even though they did all the right things. Amanda’s numbers were going well and she realized that the rental numbers weren’t working out.

It also wasn’t clear who was in charge of what. At Slow Down School, Amanda learned how different things are in different states. Unless you own your building it doesn’t make sense to sublease. The therapists were under her name but she had no control of them at all which could cause liability on reviews or more.

There was also a cap at how much money you could make from renters, and it didn’t cover all the marketing, printing, and additional costs. She now has independent contractors and it works well for both parties and allows each to have independence and she doesn’t need to micromanage. At the same time, it holds them accountable for their contract.

The bigger you get, the more you have to create those systems. Track things, it will guide your business planning.

They have a wide variety of marketing forms. The first being community-based marketing and networking events. Secondly, social media marketing, using Facebook and Instagram for brand awareness. They are also a part of many different local Facebook groups and comment and share as much as possible. Facebook groups have been helpful for referrals too. Then thirdly they do Google Ad campaigns to drive people to the website. Additionally, they also do blog posts which they share to social media, and many people say they have connected through the blog posts. SEO has helped put them on the first page of Google.

How did you make the practice profitable?

Amanda’s practices are pro insurance as it makes sense to be in the state she is in. They looked at who they wanted to work with, and they made that work. What also helped is identifying the insurance that is higher paying. Amanda also manages expectations by managing contractors. She lets them know how much they got paid and does a tracking log. With this, they’re able to see everything and they really like that.

What also helps make the practice profitable is focusing on the volume and making sure clients feel welcome in an insurance-based practice. She also makes sure the clinicians understand how many clients they need to see and hit the numbers every month. Insurance companies like evidence-based training and practices.

What business consulting do you do?

Amanda was helping others with marketing plans and workshops. She realized people were asking the same questions over and over and decided to launch something that tells the basics. She utilizes her existing audience that wants to learn about private practice, focusing on the beginning parts of private practices.

You can have a greater impact on your community by having a group practice and you can make money while doing it.