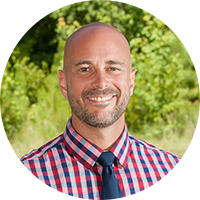 John is an LPC in Pennsylvania with over 15 years of experience. He’s a group practice co-owner for Parenting & Family Solutions, which focuses on helping individuals, couples and families with their most important relationships. In addition, he is the host of the On the Couch Podcast. Visit Parent Family Solutions, follow them on Twitter or Instagram and connect with them on Facebook.

How did you become a group practice co-owner?

It’s been open for two years now, in two different locations, and they have multiple counselors in each with a total of 6 counselors. John and his business partner filled up the gaps with things that each other doesn’t specialize in.

John’s business partner already had the existing client base and everything set up with office space. They set it up as a partner as the controller interest who has the final say. He is much more business-minded and level headed with business than John so this worked well for them. It’s about knowing your strengths and weakness and setting it up like that.

They pay themselves with the profit-first model. And their salaries are based on the revenue the practice is generating with a minimum target they need to hit.

What has been successful in marketing your group practice?

While trying to niche finding out the touchpoints within the community and reaching out to those people has been successful. In-person meetings along with digital marketing through social media. They have found a lot of success off of in-person and networking over the years. Podcast episodes and blog posts have also helped rank their website well.

What’s the best reward of owning a practice?

The impact that they’ve made in the community. Going through how many lives have been impacted is huge. That’s why they got into it in the first place. Having fun and connecting with other counselors. Not seeing other counselors as the enemy or competitor, seeing the network of helpers.

If you’re getting personal refferals, it means you’re doing a good job.

What has been the biggest challenge?

In the beginning not knowing how to do specific things. For them, they have a blend of insurance and out of pocket. Insurance is the difficult side of things. They have an amazing staff that is willing to put up with different insurance companies and getting counselors in touch with networks and the waiting game is the biggest challenge.

Finding quality staff that is in a position and able to make the leap into private practice can sometimes be challenging. For the practice, they start with 0 cases and clinicians have to build it up. That can be challenging, and it takes the right clinician and right life situation to find the right fit.

Be slow to hire and quick to fire.

How do you manage two locations?

Right now John is seeing both practices while his partner is in one fulltime. For the most part they split the admin between the two offices and share different roles. The goal is that each partner will handle each location. Having one virtual assistant helps take care of a lot of stuff.

Tell us about the podcast

John started the podcast because Joe Sanok told him too. Listening to Joe changed his world. He never thought he would be where he is now and he made it a reality. You don’t get taught things in grad school and he decided to start with the blog and develop a voice. Then after the first year, he kicked off the idea and started podcasting. The idea is for it to be a mental and behavioral idea, destigmatize mental health and share interesting and important information for people to know about mental health. It’s awesome to talk to amazing and cool people that are doing things to change the world.

Go to www.practiceofthepractice.com, there’s a ton of resources. Pick up profit-first and don’t be afraid of the unknown.

Launching an idea or new business service in your private practice can be a little nerve-wracking. Simply because you’re challenging the norms of what…