In the next thirty days, we will see an entire nation set goals and give up on them. Depending on the study, anywhere from 80%-92% of people will give up on their goals by February. What is it about the new year that compels us to do this?

We want to believe. We hope there is a better version of us out there. We dream of money, beauty, and happiness coming through a diet, job change, or new version of us. But the reality is, it takes much more than a diet to change what’s inside. It’s not a grand gesture or quick change that rewires our brains, instead it’s daily choices. We might call them micro-goals. A micro-goal is a realistic step toward a great goal that reinforces the brain change and creates more successful outcomes.

How to Set a Micro-Goal

A micro-goal is a step within a greater goal. Setting the right goal, will help you have more buy in. In the book The One Thing, the central question is, “What’s the one thing that if achieved, will make everything easier?” For example if you want to be on a diet, how will that make things easier? Maybe it’s that you think you’ll find a date, feel better about yourself, or be healthier. Is a diet the best way to get to that goal? Often not, and that’s why people fail. Drill into your “why” and you will quickly discover your “how”.

A micro-goal is something that takes 5-10 minutes to complete. We can do almost anything for five minutes. So instead of saying:

The idea is to make the movement small and feel like it takes little work. That way when you feel a reward, your brain says, “Dang, that was really easy!”

Imagine brushing your teeth with your opposite hand. How long would it take for that to feel normal? Weeks? Months? Years? Our brains have roads called neuropathways that have been driven since you were born. They reinforce certain core beliefs and actions. But when you start to make micro-movement against those roads, it improves the direction you are wanting to go. Over time, the positive response you get from internal feelings and external feedback, reinforces those steps. Since those steps felt rather small, your brain says, “Let’s keep doing that.” Whereas when we do a huge goal, we can sustain it for a month or so, but then it feels like it’s not worth the reward.

So this year, instead of going after a crazy huge goal, think small. Set a micro-goal that makes everything else easier, sketch it out, and realize that you’ll be more successful when you put in hardly any work and see a huge reward. 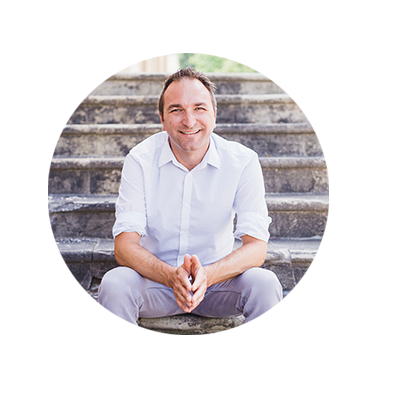 Joe Sanok is the owner of Mental Wellness Counseling in Traverse City, MI and teaches private practices how to achieve goals faster at Practice of the Practice.

What are the tenets of marketing a successful self-pay practice in a competitive city? How do you get newly hired hire clinicians up to…