In this podcast episode, Whitney Owens speaks with Mike Michalowicz about using Profit First in your practice. 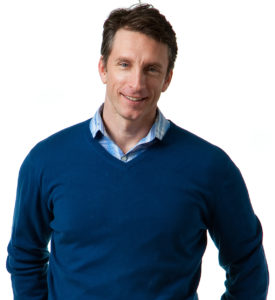 Mike mi-KAL-o-wits is the author of Profit First, Clockwork, Surge, The Pumpkin Plan, and his newest release Fix This Next. By his 35th birthday, Mike had founded and sold two companies – one to private equity and another to a Fortune 500. Today he is running his third multi-million dollar venture, Profit First Professionals.

Mike is a former small business columnist for The Wall Street Journal and the former business makeover specialist on MSNBC. Over the years, Mike has traveled the globe speaking with thousands of entrepreneurs and is here today to share the best of what he has learned.

Profit is not an event, profit is a habit.

There is a fundamental flaw in the formula of profitability which is:

Profit should be a habit and formula should be changed so that profit is considered before the business expenses:

Your numbers don’t change but your behavior is radically different. Every time a deposit comes in, you immediately take a pre-determined percentage and allocate it towards profit. The funds that are left are what you will use to operate your business.

Tips for counselors to simplify the concept of money

Everything we do in our business must have a ROI

Conduct a ROI (Return on investment) Investigation then do a test and then a roll-out. If you hire an assistant it doesn’t necessarily mean that they will be doing sales and directly generating revenue, but they may be freeing up your time for you to generate revenue for the business.

The simple principle to growing a business successfully is to look at what’s working and what’s not working. Whatever’s working, do more of it, and whatever’s not working, either delete it, diminish it, or redefine it.

Tithing is calculated on 10% of the owner’s income, not the business income. Allocate an account for tithing so that you’re tithing based upon your actual income.

This can definitely still be done, create a purpose account instead of a profit account. Allocate a percentage of funds to the purpose account. When setting up your distributions, funds are sent to the cause that you are attempting to serve as opposed to shareholders.

Welcome to the Faith and Practice podcast. I’m your host, Whitney Owens, recording live from Savannah, Georgia. The purpose of this podcast is to help you start, grow, and scale a private practice with a faith-based perspective.

Today is episode number 22, my interview with Mike Michalowicz on how to make Profit First a part of your business. I’m particularly excited to be interviewing Mike. I’ve read several of his books and I found them truly impactful in running my business. And so, if you haven’t heard of Mike – obviously you’re listening to the show so you’re gonna hear a lot – but I want you to think about getting his books. Start out with Profit First, and he’s going to go through the details of Profit First in this episode. He gives so much awesome information and makes it really simple. Therapists can get so overwhelmed when we’re talking about money and budgeting. And he really breaks it down into ways that therapists can understand.

So, I’ve been following Mike for a few years now really, ever since I started really growing my practice, especially when I went from a solo to group practice, I had to really improve my money management. And so, I had read a few of his books and in the Profit First book, if you’ve read it, he talks about Jesse Cole, who’s the owner of the Savannah Bananas. The Savannah Bananas. That’s right, that’s what they’re called, it’s a good name. They are a baseball team of college students here in Savannah; these are the college students that are looking to go pro or get into the minors. And so, people are coming in scouting them out and they come and play in the summers at a really old stadium right here in Savannah. It’s just a few miles from my house actually. And it’s so much fun. The games are focused on entertainment over, well, they do have some skills, but the entertainment is there and so they do really funny things like throw the first banana, or you can get your nachos on the top of a trash can. So, it’s a really fun place to go. And when I read Profit First, Mike talks about Jesse Cole and how he got out of debt by using the Profit First principles. It was really right after he bought the baseball team. And so when I went to the game, I guess it was a year or two ago, went out to one of the games and thought to myself, I have got to talk to Jesse Cole about Mike Michalowicz and how awesome the book is and how much I love these principles. So, super pumped about talking to Jesse Cole. By the way, Jesse Cole does run around the stadium in a yellow banana suit. It is amazing. So, I went over to the fence thinking, when Jesse gets off from this thing that he’s doing on the field, I’m gonna go say hello, introduce myself. And as I’m standing there, legit the microphone goes off and says, I have Mike Michalowicz here. And he did this game where he had to keep his eyes closed or I think he had a blindfold on. And they put $100 on the field and he had to get on his hands and knees and crawl and people would yell out where to go so he could get the hundred dollars. But I was in awe. I couldn’t believe that Mike was actually there. So, I was wanting to talk to Jesse about Mike and now I was gonna get to meet Mike. So, the big fan girl that I am, I followed Mike up the stadium steps and yell his name and he was just so cool. And he talked to me and we took a selfie together and then I met some of his Profit First professionals because they were actually doing a conference here, locally. And so, I actually spoke at length to a Profit First professional about how to do that in my business. But what I really like about Mike is, not only does he have this awesome business sense, but he’s just a real guy. Like he’s authentic, he’ll talk about anything and he doesn’t make himself to be any better than anyone else. And so, I really admire him for that, and I think that really comes out in this interview and it definitely came out in meeting with him.

When I was asking him to be on the podcast, I sent him a text and said, Hey, will you be on my podcast? He was like, sure. And so, I just love that about him. And you’re gonna learn a lot from this episode. And I really encourage you, if you feel like it’s helpful, let me know, reach out to me, reach out to Mike. He actually has a new book coming out – I believe it’s next week by the time you hear this episode, on April 28 – on what to do next in your business, which I’m always asking myself that question. I sometimes know what to do next and sometimes I don’t know what to do next. I’m looking forward to reading this book and learning more about next steps in my business. So, you’re gonna enjoy this episode, so let’s jump right in.

Welcome to the Faith in Practice podcast. On today’s episode I have Mike Michalowicz and let me tell you his bio here: Mike Michalowicz is the author of Profit First, Clockwork, Surge and The Pumpkin Plan and his new release, Fix This Next, coming out in April. By his 35th birthday, Mike had founded and sold two companies, one to private equity and another to a Fortune 500. Today he’s running his third multi-million-dollar venture, Profit First Professionals. Mike is a former small business columnist for The Wall Street Journal, and the former business makeover specialist on MSNBC. Over the years, Mike has traveled the globe speaking with thousands of entrepreneurs and is here today to share the best of what he has learned. Thanks for being on the show today, Mike.

Thank you for listening to the Faith in Practice podcast. If you love this podcast, please rate and review on iTunes or your favorite podcast player. If you liked this episode and want to know more, check out the Practice of the Practice website. Also, there you can learn more about me, options for working together such as individual and group consulting, or just shoot me an e-mail whitney@practiceofthepractice.com. We’d love to hear from you.

This podcast is designed to provide accurate and authoritative information in regard to the subject matter covered. This is given with the understanding that neither the host, the Practice of the Practice, or the guests are providing legal, mental health, or other professional information. If you need a professional, you should find one.

by Joseph R. Sanok Practice of the Practice Podcast with Joe Sanok Session 013 | How to help angry kids and frustrated parents with new…